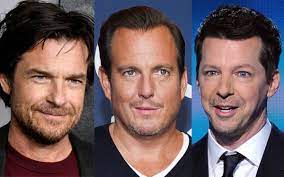 For a Gen Xer, I'm totally cool. I like indie rock, and I'm not afraid to slam the Hollywood system, TV news and dub anything anybody enjoys as "too commercial." Yeah, I'm working, but I'm not working for you!

Despite being so cool that I quote Superchunk anthems from 1990, it took me a long time to admit how outdated I actually am. I cringe at some of my blog posts, hinting at this — like the one from Dec. 2018 when I discovered streaming or the one from Nov. 2013 when I declared "The Sopranos" the greatest TV show ever.

This post could be about me discovering podcasts way late in the game, basically 2020. But not really. It's about me justifying why SmartLess is the only podcast I listen to religiously. I'm not sure if you've heard, but there are a few podcasts out there nowadays. They're pretty uncommon, but, yeah, they're out there.

So out of 100 trillion podcasts, SmartLess with Jason Bateman, Will Arnett and Sean Hayes is the only one that I've listened to every single episode. If you told me I'd enjoy a podcast of celebrities interviewing celebrities, I'd think that couldn't be possible with my sensibility.

Ultimately, the biggest hurdle I've been trying to reconcile with SmartLess is that it's OK to like something that is redonkulously commercial. I mean, come on, the podcast gets the biggest names in show biz and basically the world. Three months ago, they interviewed President Biden, and within the past three weeks, they've had Steven Spielberg and Bono. Wow.

On one level, SmartLess is a celebration of commercial success. But come on, the main reason I listen is because it makes me laugh, and Arnett, in particular, is freaking hilarious. OK, fine, SmartLess, you win. I've always loathed celebrity culture — and the self-important douches who sit court-side at Laker games — but the SmartLess celebs make fun of themselves, and each other, enough that I like it.

It's a guilty pleasure listening to these middle-aged white millionaires interview other middle-aged white millionaires. Maybe I'm a bit jealous of them. I mean this weekend Bateman and Arnett are playing in the Pebble Beach Pro-Am. How could I not be jealous? ... That's much, much cooler, and way different, than court-side at a Laker game, by the way.

I'm not going to deprive myself of SmartLess because it's too mainstream or because it got sold for $80 million last year. I guess it's like my love for baseball and the Cleveland Guardians. Just because it's crazy commercial doesn't mean it's bad.

All three of the SmartLess hosts — Bateman, Arnett and Hayes — have had lengthy Hollywood careers, and they've all evolved. Of course, Bateman killed it with Ozark, and Arnett, who must really love GMC trucks, is all over TV. Flaked (2016-17) is my favorite of his work, and the soundtrack compiled by Pavement's Stephen Malkmus probably is my favorite of any TV show. 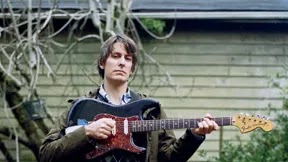 In the beginning of iPhones and streaming, this Gen Xer had a hard time wrapping his head around the ridiculous abundance of content out there. So much quality, interesting stuff is out there that it can feel like a part-time job separating the junk from the stuff worth my time.
Most of the content, by the way, is junk. I truly can't stand the empty feeling of watching an entire season of a TV show, only to realize it was a glorious waste of time. I still believe Kanopy is better than Netflix, by the way. But it takes a little discipline to limit myself to two hours of streaming max a day or one movie, but that works for me.

It took me a while to understand that pop culture constantly evolves, and if anybody is still watching Gunsmoke or M*A*S*H or even Seinfeld, then that person is probably living in yesteryear and still quoting "More Cowbell" — which is totally lame and not even close to as cool as quoting Superchunk, man.

Celebrity culture is vacuous, superficial and pretty lame. Perhaps that's why it's such a surprise that I've listened to all 134 episodes of SmartLess, even though I keep expecting my listening to tail off. I wonder how long this can possibly last, but if I keep laughing, I'll keep listening. But no GMC truck for me!

Posted by Joe Stevens at 9:51 AM No comments:

When I arrived home from work, three packages blocked my front door. One must've been a poster, or something like that, because it was so long and thin it created a do-not-enter look to the house.

Then, I ate a snack, chitchatted with Dina, and we decided to go for a walk. Boom! Two more packages were at the front door as we left.

Yeesh! Packages bombarded us throughout the holiday season, and I suppose that must mean we're fortunate. But then I wonder how horrific this one-item-per-package system is for the environment and if I need to cut down on my consumption.

In all honesty, I much prefer online shopping to going to malls. But there has got to be a point when enough is enough. Clicking. Scrolling. Streaming. Constant consumption. Aaah, will it ever end?!?

So I'm pivoting. I'm deliberately trying to be mindful of my consumption and only partake in activities and consumption that is worth savoring. Savoring. Yes! I need to focus on savoring experiences and not just rush to the next one.

Savoring. How European! Honestly, so much in life is not worth savoring — a trip on the 405, a mandatory 7:30 a.m. meeting that could've been an email, most of the junk I watch on TV. However, a lot of things are totally worth savoring — time with loved ones, fun with friends, making a nice meal, the aroma of a quality espresso.

I bet there is a lot in my life that is worth savoring, and I don't even think about it — a round of golf, bike ride, game of pinball, hug from Dina. Shoot, it turns out that I'm living the life I want to life, so it should be pretty easy to live in the moment and partake in the inherent joys of living. 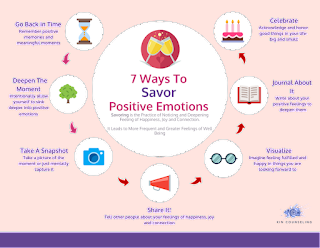 I guess I've arrived at this savoring place due to a deepening understanding of the world around me. So many people I encounter just seem run ragged with overworking, anxiety and overconsumption that I've learned less is more. Why not only consume what is worth consuming?
And here's where it gets tricky. It turns out that most of the junk I consume isn't worth anything. I've binge watched countless shows that weren't worth my time. I've eaten poor food and wasted my time on nonsense.
But maybe that's partly what it means to be American. Maybe we transitioned from a fast-food nation to a high-speed Internet nation, and all we still know is how to order the Double Cheeseburger meal and add on an apple pie. The Internet is our modern McDonald's, and we finally understand that beneath those golden arches lies content that actually isn't worthy of our consumption.
If we were all lost in a supermarket when Joe Strummer was singing about it in 1979, where are we now? If we couldn't navigate a supermarket, how can we possibly navigate Facebook, Amazon, Netflix, Microsoft, Apple and Google?
Well, as human beings, we weren't meant to — especially for us Gen Xers, whose first computers were Apple IIs. But I do believe we were meant to savor. I'm not exactly sure how to do that, but hopefully, I'll figure it out.
Posted by Joe Stevens at 7:48 AM No comments: