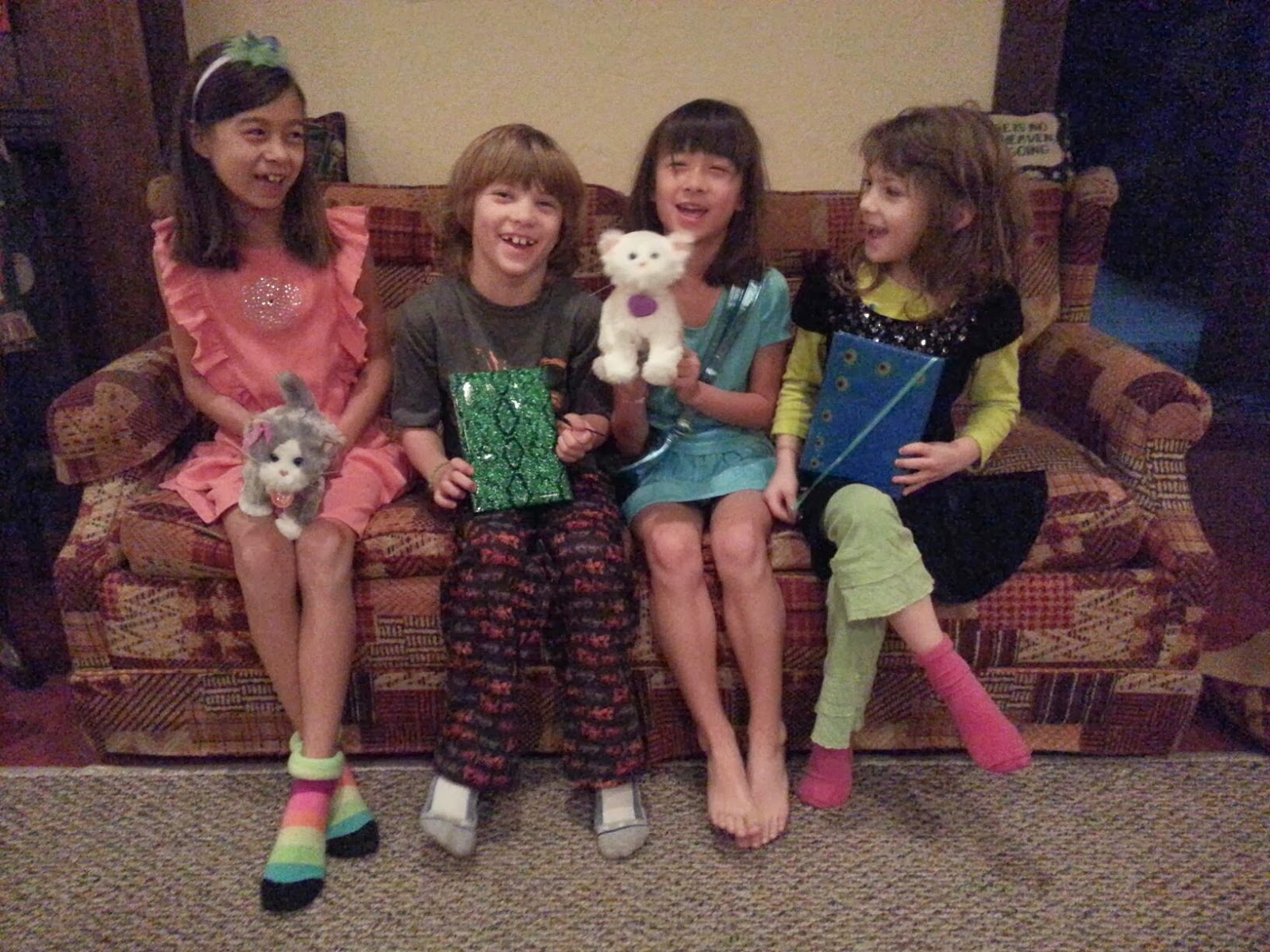 If you ever need any type of cheering up, I suggest spending Christmas with four kids, ages 4 to 8.

Two weeks ago, my girls and I traveled to Cleveland for Christmas, and watching Christmas through eyes of these youngsters is simply fun and full of love.

It was the first time Sophie and Chloe were in Cleveland for Christmas together, although Sophie was there once on Christmas before Chloe was born. Spending time with Grandma was excellent for all, and the girls especially liked their time with Jack (7) and Ellie (5).

Highlights abounded from our Cleveland trip. Some of mine were watching the girls play in the snow, devouring my mom's holiday feasts, having a schvitz and, of course, Christmas morning. The scene was so gleeful on Christmas morning that I created my own holiday tradition — prancing.

When we traveled back to California, I got to see my good friend from Portland, Matt, and go to a kids birthday party in San Diego in a whirlwind of less than 48 hours. Then, bam, I was off to New York City.

I did a handful of things I used to love when I lived there and saw firsthand that Max Fish's bar and the Tic-Tac-Toe chicken in Chinatown were gone.

A couple of the highlights, of many, included seeing "Stomp" and "Wicked" and being pelted by snow. A blizzard came during the stay, and, apparently, New York City hit its lowest temperature in three years. Brrr. I weathered the cold and have adjusted to life without Max Fish.

Posted by Joe Stevens at 9:52 AM No comments: