Mouse will be missed 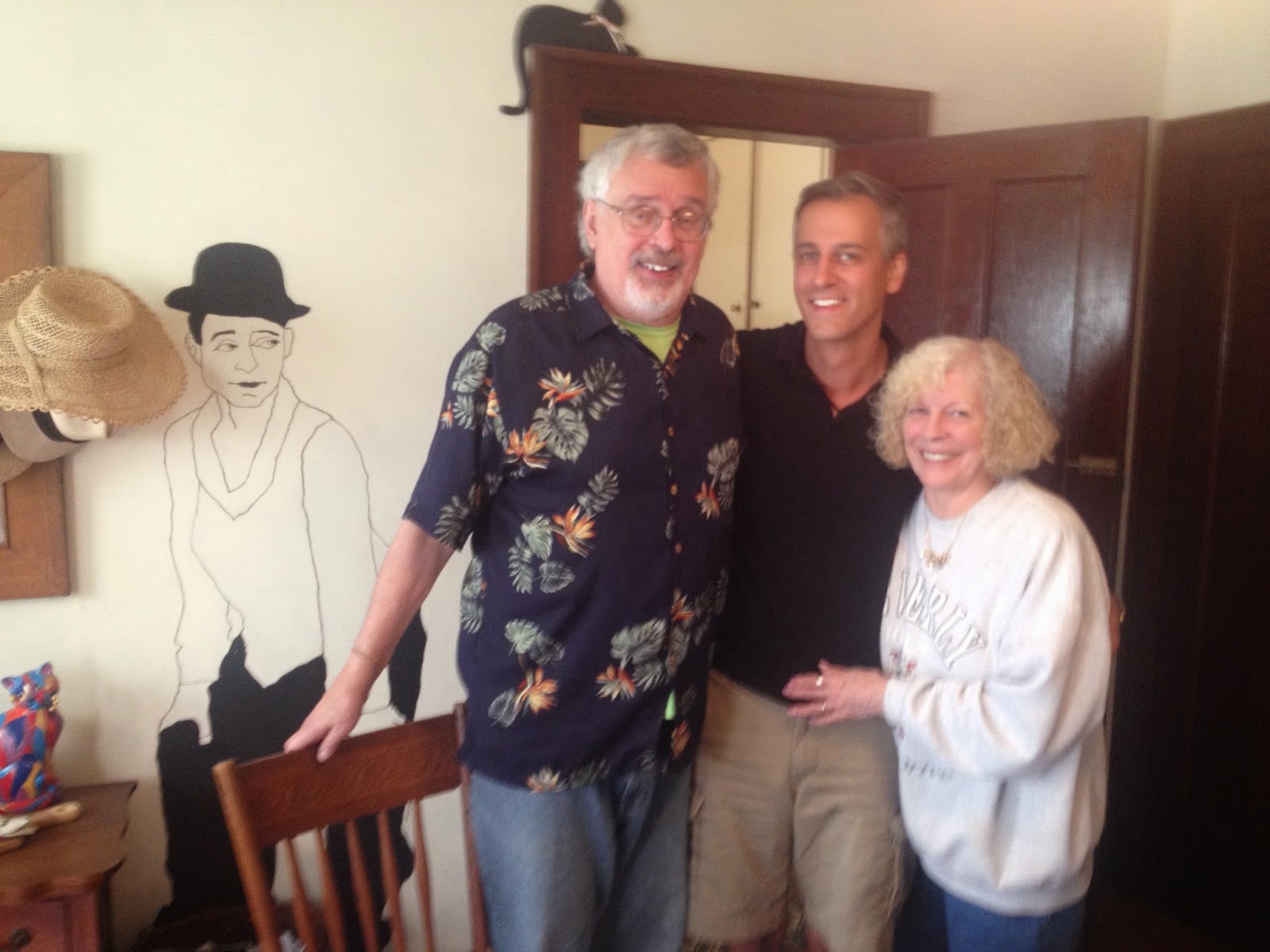 What the 'F' is going on here?

I am no Buddhist, for I am a Pollack. But I'm trying to wrap my head around why so many people connected to me have passed away this summer. All, but one, were a generation older than me and not in the Snooze Button Generation (TM), but this is forcing me to come to some conclusions that may be Buddhist-esque.

Perhaps this is what happens when a sophisticated gentleman, like myself, turns 40. Perhaps it's granted that those in a higher generation move on, but as I wasn't prepared for the XMan's inexplicable demise in 2011, perhaps I was not prepared for today either.

Mouse passed away today (Saturday). She was 71.

That is Mouse of "Uncle Steve and Mouse." She was the stepmother of The World's Most Dependable Man and Carlos, AKA "Know It All." She was a good-hearted, kind woman.

Mouse, AKA Maryann Fitzpatrick, officially married my Uncle Steve on the day I graduated from college in March 1995. She was with Uncle Steve since I was approximately 8, so I have known her for about 32 of my 40 years. She will be missed.

I just saw Uncle Steve and Mouse on the Fourth of July, in which we took the above photo. Although I have known Mouse's health was not superb, she looked far away from dying six weeks ago. I have no idea what to feel and/or think about what transpired today except to say that I loved Mouse and am sad this happened.

I especially feel for Uncle Steve, who lost such a huge part of him. I have no words for him, except to say that many people love him. By the way, during a recent visit to Cleveland, I ran across his picture in the regionally famous Harbor Inn. He is closest to me in this photo on a team of mega-dart champions in the late 1970s: 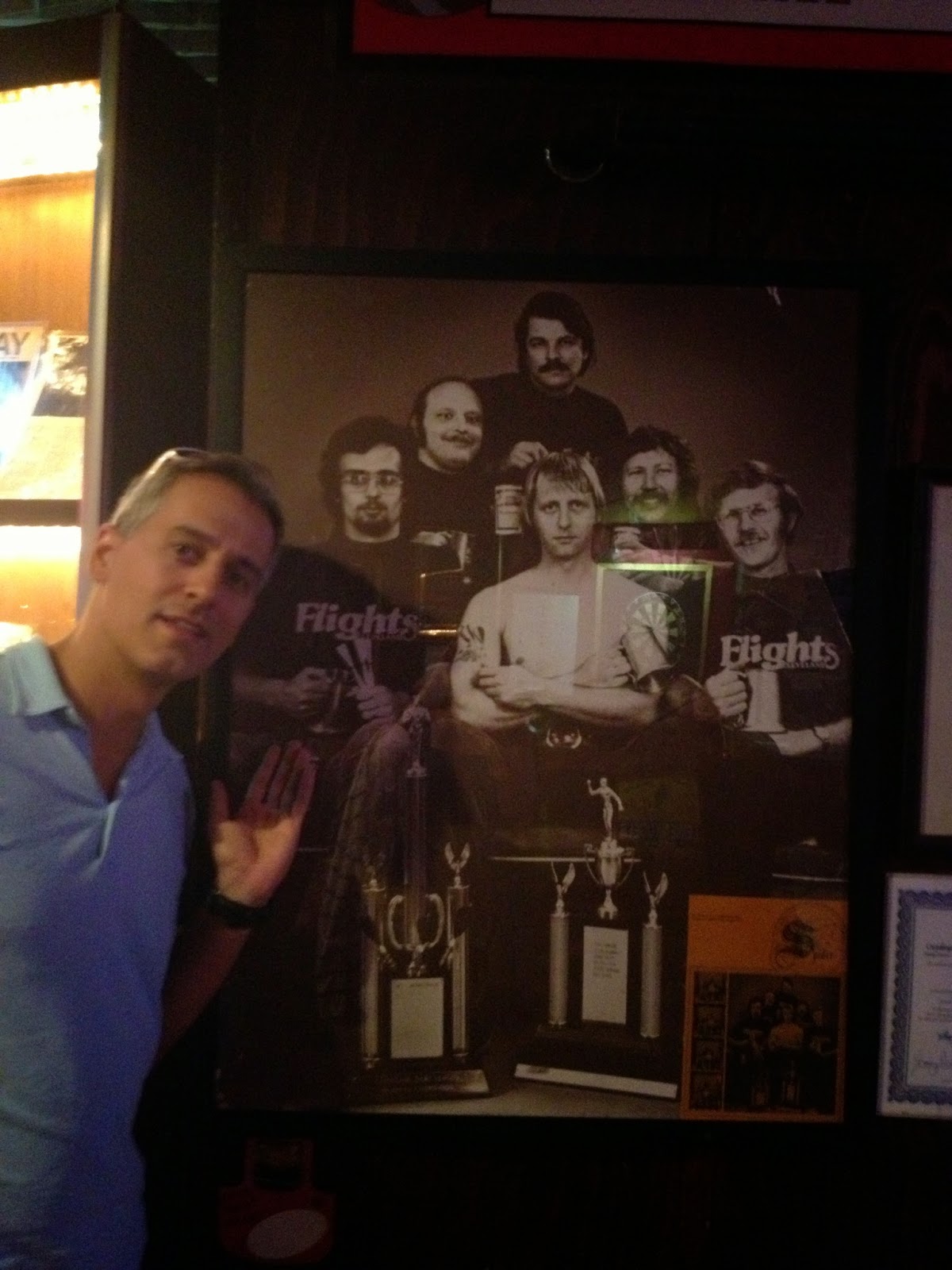 Y'know, with Robin Williams passing away from suicide/depression at 63 less than two weeks ago and with Mouse passing away today, I must point out some misconceptions many people have about certain deaths and human beings.

Bluntly, Mouse was an alcoholic. When she ordered "Mouse Water" at an array of Cleveland establishments, the bartenders knew that was straight vodka. Most people will read those previous two sentences and immediately judge her. Why?

Mouse had the disease of alcoholism, and her drinking was not in her control. I wish it were, but it wasn't. For lack of a better word, she had cancer, and she succumbed to it today. ... Heck, she made it to 71. She was happy, a good spirt and why not celebrate the positive impact that Mouse had on many people? I will celebrate her life, and I expect everyone who knew her to do this same. ... It is rough to see Mouse pass, but as the Indigo Girls say, "It's only life, after all ... yeah."

Taking it out and chopping it up 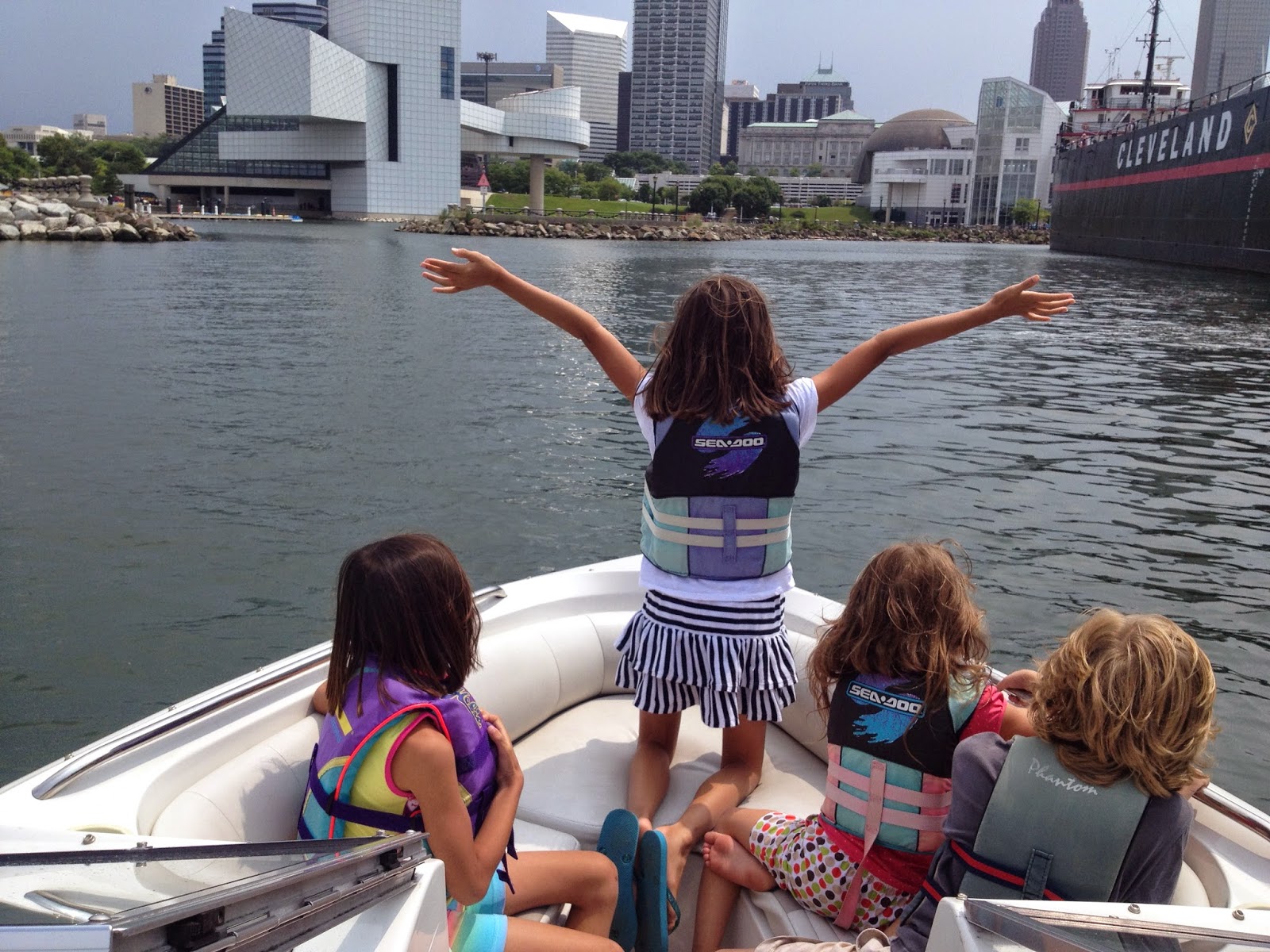 My "Summer of Cleveland" officially will end tomorrow when I fly back to Los Angeles with my daughters and the World's Most Dependable Man.

Tomorrow also will be my 33rd day in Cleveland this summer, by far the most in this land since 1996 when I had a summer job at The Plain Dealer. There were two stints this summer, one without kids when the power of THE RAM was discovered and this current stay in which we attacked Cleveland.

We did that, metaphorically of course, as we repeatedly swam in Gary's pool, visited Chippewa Lake several times, explored the woods, went to Swings 'n' Things, golfed the Buzzard's Nest, navigated a boat through downtown and saw a game-tying home run by the Tribe in the ninth inning land three rows in front of us. In this video, by the way, you can see my brother Fred lifting up the lady who got the home-run ball and me dancing.

Why did we do all of this? Well, I enjoyed my childhood in Northeast Ohio, and I try to give a glimpse of that to my daughters. I simply like going back to my homeland, and I'm pretty sure the air in Cleveland has healing powers. Chloe likely believes this, too. 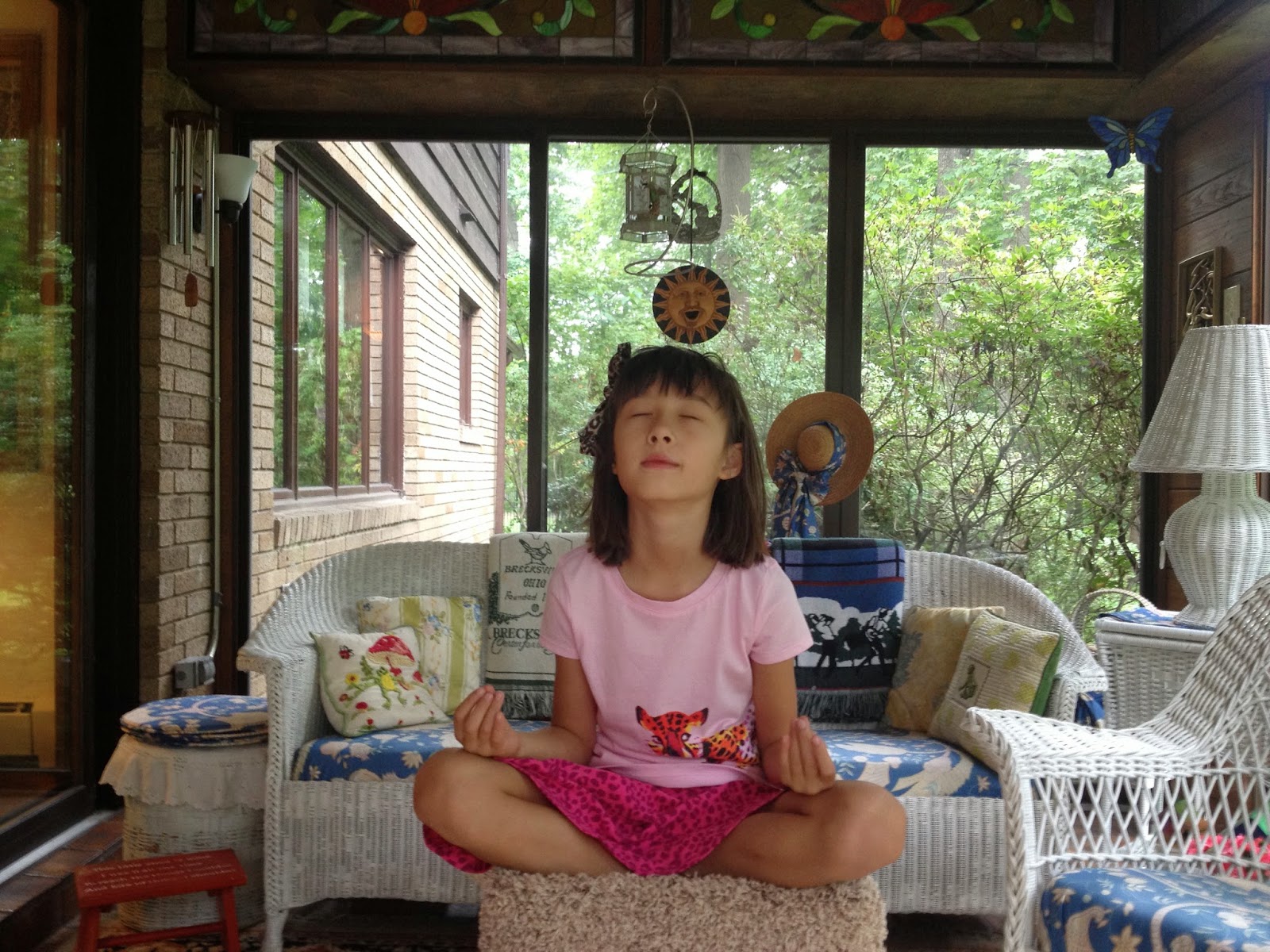 Perhaps the most shocking thing about my "Summer of Cleveland" was the ridiculously high 33 days spent here. I have loved nearly all of them, but I'm wondering if some relatives are sick of me by now.

Me: "What do you mean you're busy now? So what if it's 2 p.m. on a Wednesday? ... Forget about work. Shut off your phone, and we'll meet at the Burntwood Tavern pronto."

As a sophisticated gentleman and teacher, I must accept the fact that being on a powerboat roaring through Cleveland on a Tuesday afternoon is not that common for a lot of folks. Is it common to beat your chest like Matthew McConaughey in "The Wolf of Wall Street" with children ages 6-9?

I actually don't care if it's common or not. The girls and I had some unforgettable experiences that took them out of their California comfort zone and made us smile, and I'm hoping that happened to the many important people in our lives that we visited. We took it out and chopped it up.

Posted by Joe Stevens at 8:18 AM No comments: