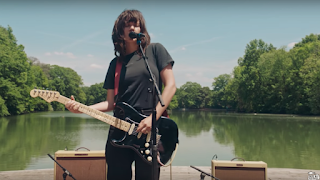 Hipster 14-year-old Chloe has been slapping me with that retort, when she challenges me on the music I like. This hipster makes fun of me because I still like indie rock and am weary of music with commercial success. Sellouts!

Chloe points out that I'm kidding myself, that the music I like is more commercial than I realize and just because it's popular, doesn't mean it's bad. OK. Yeah. Whatever. I — and many of my Gen X brethren — are disenchanted, indie-rock loving music aficionados. Gen Z snowflakes like Chloe just don't get it. She ain't punk rock, man.

I'm working, but not I'm not working for you!

OK. I'm evolving. You just can't listen to the Replacements, Superchunk, Flaming Lips and Guided By Voices forever. During 2020, I went out with Spotify, and this music algorithm thing probably knows me better than I know myself. Spotify turned me onto many artists I never heard of, including Courtney Barnett and Barrie. But something painful happened with both singers.

First of all, these two could be huge stars, yet I don't personally know anyone who likes them (save for one English teacher who I somehow found out likes Courtney Barnett). Courtney Barnett, by the way, is doing two shows at the Ace Theater in L.A. later this month, and I realized that she was on the season finale of Saturday Night Live in 2016. OK, so, people must know her.

Back in the day, finding music was so different. I had a stable of music-junkie friends who always knew the new albums coming out, and I picked and chose what I liked. I could bounce back my feelings about albums and artists with my buddies, and pretty much everybody in college did that on some level. Honestly, I yearn to talk about some of the artists I love on Spotify, but that's not how it works. I'm listening to my stuff in my own little AirPod world, and who knows if anybody else likes it too?

But then, a problem ensued this past week. I heard a Courtney Barnett song called Charity in Target. What?!? How could this be? You mean to tell me this musically elite former Fugazi-listening, Matador elitist likes music from Target? This can't be true! What's next? Are the White Stripes playing Wal-Mart? 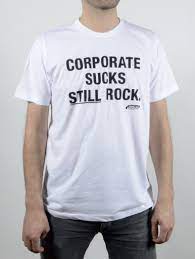 And then I remembered something that affected me last Christmastime. I was in the aforementioned Target when I heard a song I really liked. I was like, "Wow, this is at Target? This is a great song. I'm Shazaam-ing it." It was Clovers by Barrie. Spotify had already turned me on to Barrie with a couple other songs, and now I officially liked music in big-box stores. God, help me.

What the heck is going on here? When I was a youngster in the '80s, music from the '50s sounded utterly outdated and boring. Is that what kids think about my music from the '80s and '90s and my lame attempts to find new music in freakin' Target? How can Sonic Youth not be cool? How in God's name is Kim Gordon 68 years old? She's betting on the bull in the heather!

I imagine I'll be hearing some of them at Target this holiday season. Maybe Kurt Vile will do an in-store.

Posted by Joe Stevens at 7:07 AM No comments: