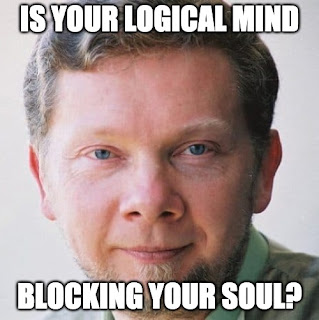 Our thought patterns can hold us back. We fill in the blanks. We make wrong conclusions. We overanalyze. I bet each of us has some thoughts that hinder us, as opposed to help us.

Earlier this year, I became mesmerized by the acronym SPIES. In fact, I wrote about it here. SPIES stands for social, physical, intellectual, emotional and spiritual.


I contend that the whole point of education and personal growth is to develop in these five areas. For me, and for most in schools, the intellectual side is bombarded, so for followers and pleasers, that side typically becomes an area of strength. For me, the other four areas could use tweaking or improvement, so I am doing deliberate things with them — even at my age.

Of the five parts of SPIES, I was confounded most by the spiritual side. I realized that I denied the spiritual side of myself for years, and the reason why was anger toward the Catholic Church — its numerous rules, lack or progress, confirmed repeated hiding of rape, crimes and more.

Once I got in touch with my feelings, I then made a step forward to reconnect spiritually to myself and the world. Damn it, where was my soul?

With 12 years of Catholic schooling under my belt and years of being an altar boy, I remember a class at St. Ignatius High School called "ecumenism." That is the effort of Christians to develop deeper understanding and relationships with other Christians, and St. Ignatius used the course as an introduction to Buddhism, Taoism, Hinduism, Islam and other world religions.

It's kind of funny, how I revisited all the world's religions in many, many books, and after all of it, I am recommending Eckhart Tolle's famous The Power of Now (1997). That doesn't mean I didn't get a lot out of other spiritual books, but this one helped me the most. 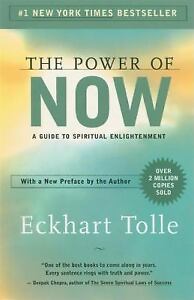 I don't want to fall into overanalyzing, which often hinders spirituality. One thing I have discovered is that different cultures talk about spirituality in different ways. In the West, a lot of people simply call it "Jesus."

What I feel, and what I believe, is that the human mind has different tracks and different realms. We are at our best when we feel alive, in the moment, accepting the possibility of a spiritual world and connecting with others, nature and the world. We all are living and dying at the same time; all living things die.

I do not have the answers, and once I think I do, the questions change. I have no plans on becoming supernatural and living some sort of after-life. Rather, I embrace the human life as is and understand that we are limited in our rational minds and we are best when our souls and spirits connect.

We have 7.5 billion people on the planet today. In 130 years, none of these 7.5 billion people will be alive. Yet I believe we are part of an incredible journey, and maybe we owe it to ourselves to understand the wonder of our lives and cherish as many moments as we can. We should do this now and always.

Email ThisBlogThis!Share to TwitterShare to FacebookShare to Pinterest
Labels: 100 nonfiction books I recommend, Joe Stevens writer, The Power of Now by Eckhart Tolle