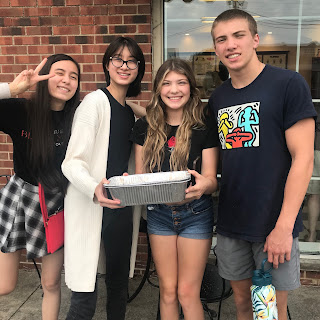 I recently found myself in a game of one-on-one against my 14-year-old niece. At first, I felt we were kidding around, but before I knew it, I was dribbling the ball fast to the basket and using my size to score.

I'm hardly a former athlete. I'm a former sportswriter. I love games and competition, and I've been pondering the role of competition in my life and how it's being fazed out on some level yet always will be part of my life.

Maybe competition is more for the young than us Gen Xers, and seeing the manner in which my daughters compete fascinates me. As generations evolve, so does competition.

My biggest accidental step toward a less competitive life was leaving journalism for high-school teaching back in 2008. I always will have an affinity for teachers who spent significant time in the private sector before teaching. I feel we're kindred spirits, understanding the competitive, insecure grind of corporate employees.

I wholeheartedly believe that individuals do better work when they feel secure, so in a sense, I've done my best work as a high-school teacher. However, I remember having an unfounded sense of security in newspaper journalism. So maybe security is a state of mind more than anything, but I honestly don't know how freelance, non-contract employees and hustlers do it. That world is not for me.

Taking competition out of the workplace has been huge for my health. I don't have to beat competing newspapers in journalism — or at least hold my own. I also don't have to jockey for position for a raise or promotion, but admittedly, I've always been inept at office politics.

I grew up constantly playing games and sports, battling my dad in one-on-one basketball, shooting pool, notching replays in pinball, memorizing the legal two-letter words in Scrabble and figuring out tells in poker. I bestowed part of that to my daughters with frequent gaming and stacks of board games like in The Royal Tenenbaums, and until recently, we often played cards after dinner.

We Stevens are competitors. My daughter Sophie got a medal once in middle school for highest percentage in her teacher's math classes. When I told her I was proud of her, she explained that he posted the scores of all the classes on the wall. Whoever had the highest score would get the medal. That motivated her to win. 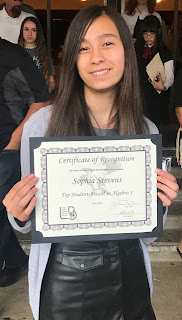 Perhaps competition is at its best when it pushes us to grow in ways we want, or maybe didn't think we could. Yet I remain a vehement proponent of intrinsic motivation vs. extrinsic motivation. As I've gotten older, I've realized that medals, certificates and report cards go away. So what motivates me without all those gold stars?
For me, it's a mixture of self-improvement and fun. Sure, I'd like to be on the path to bettering myself. But a lot of times competing is simply fun — win or lose.
I love competing in things like golf, pinball and no limit Texas hold 'em because it's fun. I think my daughters have some of that in them, but they choose their own competitions, whether it be badminton, violin, K-Pop dancing, singing or creating music. There definitely is a competitive element to their passions.

Our summer trips to Cleveland used to overflow with games and competition. This year, there were a few games, but on the Fourth of July, the girls threw down a challenge to their cousins. They challenged them to a competitive eating contest called "The Destroyer" at Honey Hut Ice Cream that involves eating nine scoops of ice cream. Look out, Joey Chestnut!

Just four years ago, the challenge was to see if these kids could eat a "Destroyer" between them. Now, it was siblings vs. siblings, each destroying mountains of ice cream. 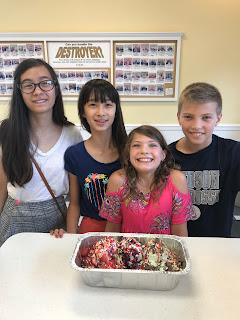 Now, you might ask why any parent would enable children to eat a tub of ice cream. And then, four years later, double it up with teenagers. Well, the best answer is ... desperation. In a desperate attempt to connect with these cooler-than-thou teens, this dad took part in a moment of silliness with "The Destroyer."

And just like in most competitions, the team that wanted it more won. It didn't matter that Jack had a distinct size advantage because at one point he said, "Why are we doing this? What is the point of this?"

Maybe Jack recognized that the point "to destroy" wasn't exactly healthy, figuratively and literally. He appeared to slow down during the competition, so Sophie and Chloe eked out a victory.

Did it matter who won? Of course yes!

Do I care more about winning more than I should? Of course.

But I know these competitive days aren't like they used to be when I was younger, and I suppose that's called evolution or maturity. Anywho, I'm going to stop this blog now and play some Super Mario Bros. Wish me luck!