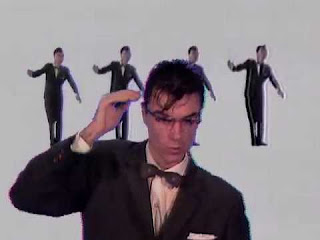 As David Byrne sings, "You may ask yourself, well, how did I get here?"

Yeah, wow, how did we get here? By here, I'm talking about the violent, divisive, hateful culture of the United States where practically everything has degenerated into a binary, yes/no, black/white debate.
After pondering our toxic culture and reading and exploring the topic, I've come to this bipartisan conclusion: Facebook has way too much power, is ultimately immoral, and our world would be better without it.
How I yearn for Facebook from 2008-2010, when I reconnected with old friends and didn't constantly see advertisements or political posts. Couldn't there be a "Facebook P," or something like that, with only political fodder? Couldn't we return to how Facebook used to be? But I guess it's way too late at this point.
I want to see my friends' babies, their sunset pics and selfies. Heck, I don't even mind the food they're eating. But I don't want to see non-friends' political points or, worse, my friends' political points of view. In the end, Facebook has been deleted from my phone for the past three years, but I still log on about five times a week because I — like you, most likely — am addicted.
Facebook, which also owns Instagram, refuses to identify itself as a media company. Uh, OK. That's simply a bold-faced lie, and the corporation stands again to influence the presidential election just like in 2016. Fool me once, shame on you. Fool me twice, shame on ... Facebook!
Facebook paved the way to Tuesday's shameful presidential debate, in which the candidates hardly talked about policy and Donald Trump refused to condemn white supremacy. The mainstream culture of the United States no longer revolves around TV, and at first, that might sound like a good thing. But rather, the culture has shifted perversely to Facebook, Instagram, tweets, trolls, bots, YouTube and memes — all of which typically have zero substance or at best, a superficial line of slanted truth.
So if Democrats and Republicans alike were outraged with the disjointed, childish first presidential debate in Cleveland, shouldn't we actually be more outraged over the toxic culture spearheaded by Facebook?
A hopeful truth is this: Americans are in more agreement on more things than not. By far. White supremacists and extremists are not representative of the United States were are actually living in. Thank God!
A difficult truth is this: Americans are ideologically fighting among each other — even within their own families — and it will not be easy for some of them to get off their ideological high horses and find commonality with all Americans. 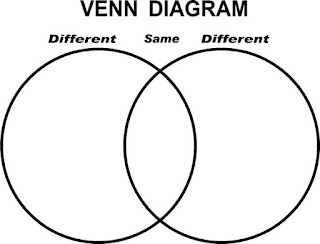 I believe all Americans can agree on our nation's bedrock in the Declaration of Independence:
"We hold these truths to be self-evident: that all men are created equal; that they are endowed by their Creator with certain unalienable rights; that among these are life, liberty and the pursuit of happiness."

Of course, I understand that when this was written in 1776 that "all men" meant white men. I also understand that the early United States was run by a select few landowners with power. But I want to ask this simple question: Do we all agree with the bedrock?

If not, then I might ask myself, "My God, what have we done?"

Still facing a pandemic, outrageously high unemployment and a divided country, the United States needs to go back to basics and simply focus on life, liberty and the pursuit of happiness as a country and as individuals.

I believe our collective consciousness needs to stop giving attention to division, needs to stop battling with ourselves and focus on our similarities, not our differences.

But here's the kicker: I am curious if most Americans can actually focus on life, liberty and the pursuit of happiness. Instead, I am worried that they're fried. They're either economically disenfranchised, educationally stunted, stuck in the demeaning rhetoric of the day or completely unhealthy, overweight, physically impaired and for lack of a better word — screwed.

Perhaps there are some who will find hope with a Joe Biden presidency. But I don't believe hope ever rests with any individual. Instead, we each find our own hope, and guess what? We're not going to find it on Facebook.
No matter what happens with this presidential election, I'm pretty sure this will be the line most Americans will feel once all the ballots are counted and we have a winner:
"Same as it ever was, same as it ever was."
Posted by Joe Stevens at 7:14 AM No comments: