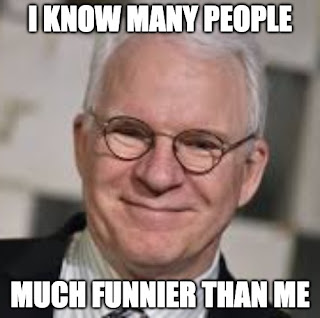 I might argue that Steve Martin's memoir Born Standing Up is misnamed. So much of his message was about hard work, his love for comedy and the importance of evolving throughout his career that to think that someone was simply born to do all that he has done is misleading.

But, eh, whatever. Steve Martin is entertaining, sophisticated, a kind gent. As a Gen Xer, I've watched his career from the late '70s and on, and many have watched it for even longer.

We could battle it out to figure out the highlight, or highlights, of Martin's esteemed career. I freaking love The Jerk (1979). But he also was selling on stadiums for comedy in the '70s and has written quality books as well.

Born Standing Up (2007) is indeed a highlight, even among all of Martin's successes, because he reveals a lot of details about his career that is telling for anyone who's ever aspired to be some sort of star. I learned real fast that show business is not for the faint at heart.

My lord, you got to be committed times 1,000 to have even a shot at making a real living in the industry, and so many sacrifices made me realize that it wouldn't be my jam. Also, I need a philosophy, or a cause, to be driven. The entertainment industry wasn't a match with me, but I have mad respect for anyone who makes a living in it. 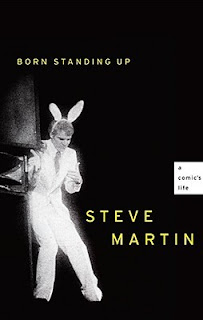 Steve Martin absolutely worked hard for his successes and has been evolving throughout his life. As a fan, it's been refreshing to watch him do so many different things.

One point that resonated with me was when he mentioned other "talented" people and how there are many, many more talented and funnier people out there. He was enamored, and absolutely loved, performing so much that he committed himself to it. He enjoyed, and continues to enjoy, the process of entertainment.

I have long said that, overall, British actors are much stronger than American actors, and I know this is a stereotype. Part of the reason why British actors are often so good is because of the overboard celebrity culture in the United States. Many actors here look at outcomes or dream of Oscars or unhealthy things like that.

In England, acting is approached more as a craft. Somehow, Steve Martin avoided many traps of show business, despite being in the industry for more than 50 years. I'm not sure there will ever be anyone ever else like him because of the scope of his career and how the world has changed during his path.