My own 1984 with Prince at Silverman's 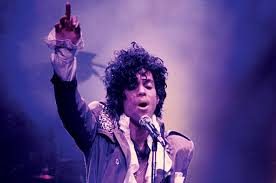 As a 10-year-old lad, my mom gave me the go ahead to get something at the discount store on Turney Road in Garfield Heights, Ohio. I searched the store and came up with two cassette tapes — Prince's "Purple Rain and Van Halen's "1984."

I couldn't make a decision on which one to get, and I brought them to my mom. I'm pretty sure she didn't look at the covers of the albums and suggested, "Why don't you get them both?"

The first two albums I ever bought as a human being were Purple Rain and 1984 at Silverman's across the street from my home. I'd say those albums have held up over the test of time, although I am a much bigger Prince fan than Van Halen, and I must say I don't mind my taste as a 10-year-old.

Obviously, Prince has recently passed away, and, of course, I have been listening to THE PURPLE ONE. But strangely enough, Prince's death has made me think a lot about where I got "Purple Rain." It's made me think about Silverman's and the loss of regional stores and when corporations were not the size of countries.

Dig if you will this picture: The scenario of walking into Silverman's and buying two cassette tapes is completely gone. Silverman's: Gone. Cassette Tapes: Gone. Prince: Gone.

It is shocking to realize that the human being outlasts stores and technology, but it does. We do.

Cassette tapes — there will never be a movement to make 'em cool. They do not have better sound quality than an LP, a CD, an iPhone, anything really. But they were precious to me back in the day. 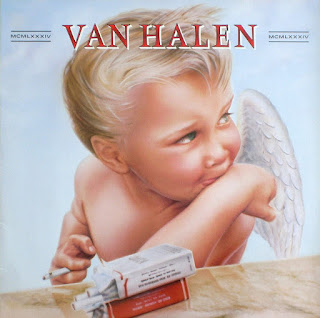 I didn't realize it, but Silverman's was only in the Cleveland area. The last remaining Silverman's closed in January 2015 in East Cleveland, a poor part of town.

A Walgreens is in the space Silverman's used to be at 5090 Turney Road. Another regional store in Ohio — Marc's — remains popular with 60 stores in the state. It's more of a grocery store, but has odds and ends, too, and strange payment methods. Only the Discover Card, checks or cash are accepted at Marc's. I tried to pay with my regular credit card once and got a glaring stare from a cashier that said, "What the hell is wrong with you?"

In essence, the time of Prince and "Purple Rain" was my "Wonder Years." At the time, I didn't think much about being able to walk across the street to school, or walk to Silverman's, or walk to Tasty's Pizza for a pizza sub or Peter's Market to pick up kielbasa for my mom or the valhalla of all pizza — Italian World.

See, our lives are vastly improved now.
Posted by Joe Stevens at 9:20 AM 1 comment: