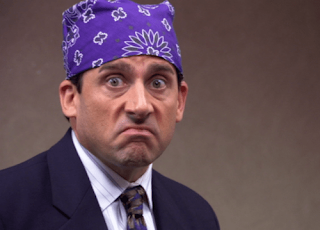 Is it OK to laugh again?

Now, I understand 2020 was THE WORST YEAR EVER. And then Coronavirus peaked again this January, and my state of California didn't "open up" until 15 days ago.

So, yeah, we've gone through the wringer, and I know many people personally who've been served a big piece of life. But the question I wonder is this: Will America ever be funny again?

I fear that just like rock 'n' roll peaked in the late '60s or early '70s, comedy has peaked, never to return to its heights of the '80s. Back then, we had Comic Relief, NBC's Thursday lineup (Cosby, Family Ties, Cheers, Night Court), Saturday Night Live still mattering, recording Late Night with David Letterman on the VCR, Robin Williams killing it and much more. Uh, what do have now?

Just like video killed the radio star, streaming has killed the comedy star.

Of course, one irony is that The Office was created in jolly England. Entertainment is so diffused now. There are so many entertainment options that I just don't see an Office happening again. Ever. The show spans generations. I know Boomers who like it, and my daughter tells me some middle schoolers like it, too. Funny shows and comedians will surface, but they won't have the vast audience or impact as The Office.

Maybe this is a good thing. We'll have more diverse voices, more indie shows, better quality, just not one big show we can all agree on.

An ongoing mini-drama in my household accentuates the generational differences between me and my two Gen Z daughters. Anyone who knows me must realize that I'm freakin' hilarious, a self-anointed funny man for the ages. That's what I said. 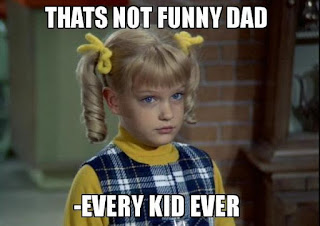 We Gen Xers like comedy with edge, borderline offensive, straddling the line, but not over the line. Nowadays, it often appears that anything coming close to "the line" already is out of bounds.

However, Chloe informs me that my Gen X humor is a product of my generation and demographic and that I repeatedly shame others and am "blatantly offensive." She mentioned a lengthy list of inappropriate jokes I have told, and while I say she's too sensitive, maybe this cisgender heterosexual white male needs to look in the mirror and ponder. ... Or reload another zinger.

I remember learning in the early '90s that corporate rock still sucks. That applies to movies and comedy as well. Globalization is such a focus in the entertainment industry now that, by comparison, minuscule  resources get put into comedy exclusively for American audiences; I guess I'll have to stream funny stuff on BBC.

When it comes to comedy, America is as lost as the Oscars. While I understand that movies can be a conduit for social progress, I bet we open up more minds through laughter than preaching and car chases.