Divorce advice: Stay out of court! 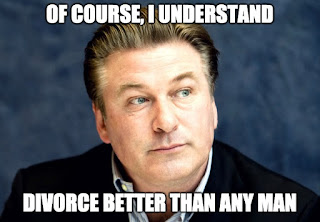 The year was 2008. I moved out of the house of my wife of seven years with two young girls, and I felt a lot of guilt about it.

I was raised Catholic, so I was extremely good at feeling guilt. I also had outdated views of divorce, such as "death, yes, divorce, no way."

I'm not sure how much other divorcees evolve after their first marriage, but I did. As part of my evolution, Alec Baldwin's A Promise to Ourselves: A Journey Through Fatherhood and Divorce (2008) offered candid truisms of divorce from a man's point of view.

The best advice I could give anyone about divorce is "don't do it!" If the marriage is salvageable, then save the lawyers, save the filings and get that marriage back on track. I say that and multiple it by 10, if there are kids in the marriage.

However, if it's a loveless marriage or if you know that you don't want your kids around your dysfunctional relationship, then divorce could be the right decision. If that happens to be the path, the next advice is "stay out of the courts!"

I knew going into my divorce that lawyers and the courts are a money drain — and probably an emotional drain as well. I settled with my ex out of court, received 50/50 visitation and custody and had a fair settlement. She kept the house. I will pay child support until my daughters are 18.

Honestly, that's about as good as a man can do with the courts. Thank God that my ex and I had the presence of mind not to go down the path of court dates because even when facing the pain and emotions of a divorce, we undoubtedly settled way better than with the court system.

Baldwin's book, written with Mark Tabb, is an indictment of the family law system and how the laws are stacked against men. He speaks the truth. 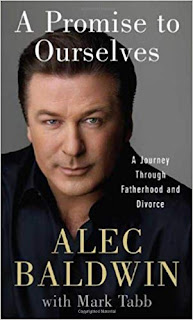 If a woman elects to, she can have a contentious divorce, ask for more money or more time, and the only thing a man can do is lawyer up as well and battle it out in court. Divorces can get UGLY, and Baldwin and Kim Basinger's certainly was that.

Another important thing Baldwin brings up is parental alienation syndrome, AKA P.A.S. This is the malady in which one parent, usually the man, is isolated from the kids and the other party feeds hatred toward the one isolated.

In my life, I made up my mind a long time ago that I would only talk positively about my ex, the girls' mom. It is OK to have two houses, to be loved by many people from many angles, and in my situation, the two houses work pretty well.

Women have long gotten screwed by deadbeat dads and womanizers, so it kind of makes sense that the law is weighted in favor of the ladies. That's excellent news when dealing with a scumbag man. The bad news is that for good, loving fathers, the system is against them as well.

Email ThisBlogThis!Share to TwitterShare to FacebookShare to Pinterest
Labels: 100 nonfiction books I recommend, Joe Stevens writer, Promise to Ourselves by Alec Baldwin