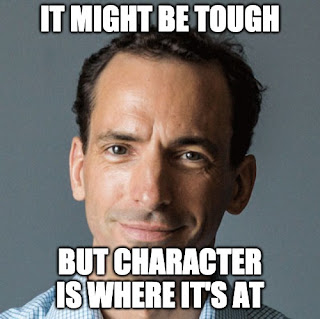 An age-old song and dance ping-pongs back and forth between parents and schools.

"Why aren't the schools doing enough?"

"Why aren't the parents doing enough?"

I bring this up because I find that parenting and teaching are one of the same, and I had to destroy notions of what I thought each was in order to be the best parent and teacher I can be.

Paul Tough's 2012 book How Children Succeed: Grit, Curiosity and the Hidden Power of Character belongs in the parenting category of books I recommend, not the education one. The reason why is that parents need to know that academic success hardly means anything in schools or the real world nowadays.

Now, a reasonable person might say, "Doesn't academic success matter with getting into college?"

My answer: "Not really."

The reason why is it's a given that a student applying to a good or prestigious university will have academic success. When it comes to elite universities, it's practically impossible to distinguish one's self by academic success alone. It's a given in today's climate.

So back in 2012, Tough put together a book with an excellent thesis, and he wrote a readerly take on the key attributes that have data behind them that make students successful. The main two qualities are grit, which Angela Duckworth also covered, and curiosity. 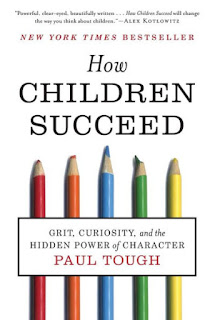 Or course, a looming question is what is "success." Some people subscribe money to success or maybe status. What they're really doing is playing off the idea of "making my parents proud."

I feel that Tough's take on "success" jibes with mine, mostly because I see adapting to setbacks and seeing the world through constantly curious eyes as crucial for a meaningful existence.

I'm hopeful that parenting and schools are evolving beyond the Industrial Revolution and more focused on developing well-rounded human beings instead of mere workers. The good news is that parents of means typically have that focus, but a lot of parents, rich or poor, never really embraced adulthood perhaps because they never developed the crucial traits in Tough's book.