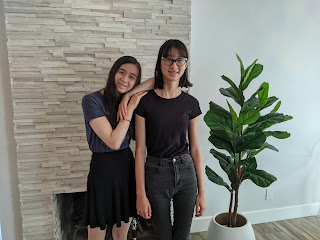 "Welcome to high school, Chloe. Some poorly dressed men at your school carry guns now. Have a good four years!"

Y'know, this blog post originally was going to be about both of my daughters' educational experiences at Millikan High School this year with Sophie, a junior, and Chloe, a freshman, but instead that's been trumped by Monday's news of a shooting outside of their high school.

I feel so embarrassed for the Long Beach Unified School District right now. To learn that Monday's incident could even have the chance of happening — and actually did — scares me and forces me to demand change with LBUSD's campus security plan.

If you missed what happened, here is a recap of the story in the Long Beach Post. Basically, a school safety officer (SSO) fired into the backseat of a car, through a window and struck 18-year-old Mona Rodriguez in the head. Two days later, Mona was pronounced brain dead and taken off life support today. We've also learned that she had a 5-month-old. Video shows the incident, and I have no clue why any safety officer ever would fire through a window into the backseat of a car. This is a tragedy, close to home.

Now, I don't have all of the facts, and that is true. I am just a Millikan parent who is outraged by what occurred. But information is emerging. On Tuesday, Mike Guardabascio of the Post gave LBUSD a chance to explain its point of view in this story. While I see that longtime LBUSD spokesman Chris Eftychiou appeared to strive for transparency about these school safety officers, myriad questions emerge as to why LBUSD has nine full-time SSOs, two part-time SSOs and four supervisors that can be armed and on school campuses.

If Eftychiou explained that the sole intent of these officers is to ensure no gun violence on campuses, their presence could be justified — maybe. However, that's not what he said. Rather, he said their main job is to "monitor students on campus and to assist the administrators in keep ordering."

Say what? We need guns at our schools for that? My daughters are being monitored and kept in order by non-educators, non-policemen with guns. This is 100 percent unacceptable.

And, sadly, we had to lose 18-year-old Mona Rodriguez, the mom of 5-month-old Isael, for this horrific plan to come to light. 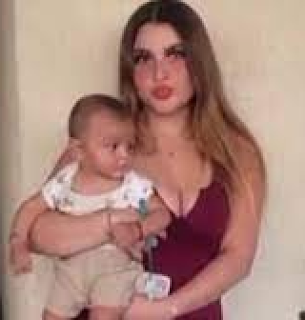 I have two main questions as the Millikan community mourns this tragedy. No. 1: Where are all the white people and leaders at? No. 2: Now what?

While Long Beach might consider itself one of the most progressive big cities in the nation, I wonder if this incident shows its true NIMBY colors. I see Black Lives Matter signs in front of the $1 million homes in the Ranchos by Millikan, and my L.B. brethren talk a good progressive game. But then this happens, and I hear, "Well, you don't know the facts." And "he was trying to stop a fight." Uh, I wonder what the response would be if Mona Rodriguez's name were Mona Petito?

Come on, LBUSD ineffectively explained why the dude had a gun in the first place, and there simply is no justification for shooting a woman in the head in the backseat of the car. Where's the outrage? Am I witnessing that Long Beach is full of progressives in theory only, and when something actually happens, they go watch Grey's Anatomy and call that progress?

This shooting reminds me a bit of the Trayvon Martin case, in which he was killed by George Zimmerman in Sanford, Fla., in 2012. Nine years later, we have someone killed at Spring and Palo Verde in East Long Beach by someone who, like Zimmerman, wasn't even a police officer. 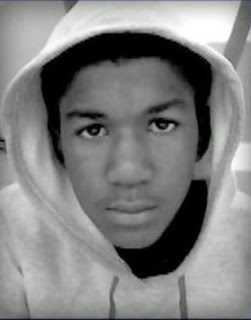 So now what? First of all, I'd like to have all the individuals connected to this, especially our so-called leaders, have a moral reckoning. If you're not outraged, why not? If you disregard the life of Mona Rodriguez, why do you do this? Aren't we better than this as one human race?
And y'know what's next? Here come the lawyers! We will have internal investigations, trials, media posturing, and as early as yesterday, LBUSD did not defend the SSO who killed Mona. But hello, isn't LBUSD complicit in this crime for having the shooter on campus in the first place?
Y'know what I'd really like to see, tangibly, and it is possible — and easy. First of all, we need to get rid of these packing SSOs, obviously. They should have never been there in the first place. They need to be gone. Now.
Second, if you look closely at end of the article in which LBUSD explains the SSOs, you'll see something that I've been saying for years. Why aren't the Campus Security Assistants actually trained?
As a teacher, I see the crucial importance of kind, gentle and effective CSAs. In Long Beach, these people, who do not carry guns, are trained for a whopping three hours. Basically, anybody ends up being a CSA.
These CSAs often dress like they're fresh off the People of Walmart website and can be completely unprofessional and instigate problems as opposed to deescalate them. A lot of them absolutely should not be around kids. Let's revision campus security ASAP, or more tragedies are bound to happen.
Posted by Joe Stevens at 7:11 AM 1 comment: