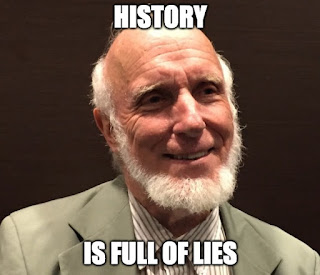 As I have gotten older, I have learned not to take too much at face value. I question what I am told, look at motives and search for truth.

I wish I had that mindset earlier in my life because I, perhaps, was naive or too trusting. I had no clue how economics worked or how I fit into the system. Now, I have a bit of an education on it, and it's a shame that the basic economic and power truths of our country rarely are addressed in school textbooks.

For anyone who knows Lies My Teacher Told Me: Everything Your American History Textbook Got Wrong by James Loewen, it is probably no surprise that it absolutely had to be on my list of 100 Nonfiction Books I Recommend.

History textbooks typically are sold by corporations who have to appeal to a ginormous audience of Americans. We were brought up with such a common, old-school, everything-America-does-is-right narrative that I never really doubted what was in my textbooks. However, when these books are examined, it is obvious that they are full of pro-American, pro-white rhetoric with a lot of stuff that didn't even happen.

History is a story. Notice "story" in hi-"story." And that's all it really is. It's not really fact, nor truth. However, many facts can be verified or denied. 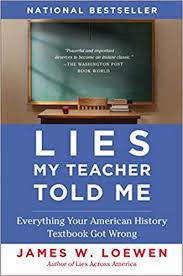 Loewen does major research to explain myths in the American narrative. Early in the book, he focuses on Helen Keller, which blew my mind — figuratively. It turns out that Helen Keller was a huge proponent of the woman's right to vote and helped found the ACLU. That was what she was known for in her time.

Somehow, through some sort of Helen Keller mythology promoted by the film The Miracle Worker, most of us know Helen Keller as the most disabled person in the history of the disabled. And it was Anne Sullivan who made her function. ... Not even close.

Lies My Teacher Told Me (2018 edition, originally in 1995) goes into A LOT of commonly accepted American white truths, and it's easy to realize that the founding of our country was BRUTAL. Textbooks sweep that under the rug, as they also diminish the bombing of Hiroshima and Nagasaki, Japanese internment camps in the United States, how the U.S. addressed the Holocaust, slavery, Jim Crow laws, presidents who owned human slaves and much more here.

Look. The point here is that what we were taught in school was a power-based story that often was not factual. As we progress, it is important and accurate to realize that.