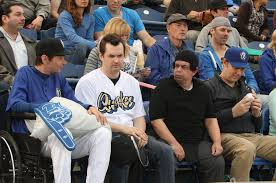 Go to Netflix ASAP, and binge watch "Legit" with Jim Jefferies. The two — and only — seasons of the show will be on Netflix until April 7, so this is time sensitive.

Oh, Lordy, this is just a hilarious show, and I can't think of a show I've liked more since "The Office."

"Legit" starts with Jim Jefferies helping a friend's brother follow his dream — be with a hooker in Las Vegas. The only wrinkle is that the friend is in a wheelchair, and so that adds a funny yet human element. As the show progresses, the characters develop, and it turns out to be absolutely hilarious but with substance, too. The show was embraced by the disabled community and critics as well and is an absolute diamond in the rough. The show is legit!

As I pondered why the show is so good, I came to an odd realization, which I should have figured out years ago. American pop culture ain't hardly anything unless you add a foreign influence.

Jefferies — he's the star of the show, and he's Australian. Even the last show I liked, "The Office," was a spinoff from the original British show.

I happen to be reading "Enter Night: A Biography of Metallica" to have unity with one of my students in our two-person reading club. Metallica, well, there's an American band. Not really. The driving force behind 'Lica is Lars Ulrich, who is Danish.

Then, think of the best bands ever to be heard in America. We got the Beatles, Rolling Stones and Led Zeppelin — damn, all British! 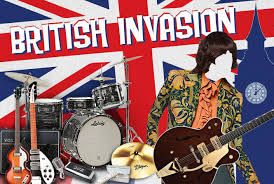 Well, let's think of the greatest artistic achievements possible. What randomly comes to my mind are Shakespeare, Picasso, Aristotle, Socrates, Mozart, Da Vinci, Michelangelo, Brahms, Beethoven. ... Will an American ever crack the list?

Look, I'm not saying America never brought anything to the table in terms of art. We got jazz, of course, the Harlem Renaissance, Elvis, the blues, Motley Crue, Ted Danson and Emo Philips. But let's get real, by my definition of culture, America ain't no cultural center of anything (unless maybe we count my beloved Cleveland as the rock 'n' roll capital of the world!).

How could I not have realized this until now?

I'm certainly not trying to be anti-American, but when you put the constraints of our harsh economic system around us, how often do we get kids who aspire to be artists? My freshmen in high school students believe they're doing the right thing by eschewing art for business internships, but are they really?

In a page-turning frenzy, I just read "Born on Third Base" by Chuck Collins. He examines the United States' economic state today as 1 percent of the country has 99 percent of the wealth. This book was not only an education in the reality of our economic system today, but it made me again realize that art, creativity, dance and innovation are not rewarded in the U.S. Sadly, if you do that stuff, you better get a day job.

And back to "Legit" with Jim Jefferies. Why in the world were there only two seasons of that show? Despite incredible critical acclaim, it was apparently mishandled with Fox and never truly got to its proper audience. Also, it's ratings were stagnant on an odd network called "FXX." Well, you know how it works in America, if it doesn't sell, it ain't worth anything.