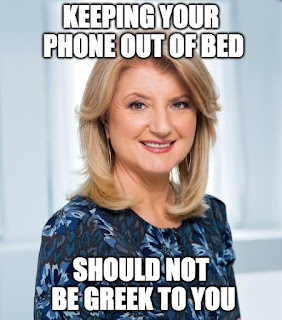 As a newspaper journalist from 1996-2008, I witnessed first-hand how the news industry shift. At first, the shift was heartbreaking.

Eventually, it was pretty darn obvious that consumers could get breaking news online much quicker than waiting for the next day's newspaper. Now, that fact should be filed under the "no duh" category, but looking back on how the newspaper industry reacted, I'm not so sure it realized that or knew how to pivot.

To me, the Huffington Post was the first meaningful online only publication that had strong content and was ahead of its time. It came out in 2005, was the first digital media company to win a Pulitzer Prize in 2012. It's going strong globally today.

Heck, let's give Arianna Huffington some credit here. She indeed is a media mogul, but the major reason I respond to her is because of her two most recent books Thrive (2014) and The Sleep Revolution (2016). 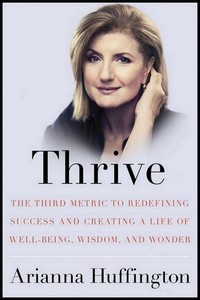 What I like about Thrive is that it explores self-care in the modern age — from an unexpected source. Arianna Huffington is a major go-getter, and the fact that she has reflected on self-care and created an organization called Thrive Global on the issue is huge. It turns out that Baby Boomers and Gen Xers can actually learn from Millennials or Gen Zers. Maybe that's what happened with Arianna Huffington.

I agree with Huffington that a lot of young people devote their lives to a search for money and power. I also agree that this pursuit will be derailed without proper self-care. I don't, however, believe that money and power are worthwhile pursuits because I never see people talking about those on their deathbeds. But who am I? I'm just some guy who reads a lot and believes he makes the most of his 30,000 days on the planet.

OK, so, I may have some issues with Huffington's first two metrics and her swashbuckling and successful pursuit of money and power. Maybe, deep down, I'm jealous. But so what? She arrived at Thrive, and I wholeheartedly agree with the premise of the book.

A lot of Thrive focuses on how personal technology and being connected 24/7 stresses us. I believe that Baby Boomers and Gen Xers have more anxiety with personal technology than Millennials and Gen Zers. When you think about it, they probably do because they didn't have that technology at their fingertips their entire lives.

Thrive is a quality book from a big-time source, and I recommend it, big time.