Chief Wahoo has always been cursed! 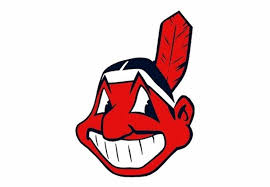 It's interesting in my lifetime that I have changed my feelings and view of Chief Wahoo. The fact that I feel that way signals some sort of progress.

Back in 1995, I was a grad student at NYU, and I was approached to write an op-ed article defending Wahoo. I went with a tongue-in-chief thesis: "Wahoo should stay because Cleveland sports fans have gone through more pain than Native Americans."

Years later, I have readjusted my stance. Wahoo must go! ... But the good news is that the Cleveland Indians franchise also believes that fact, as do many fans, and Wahoo is being fazed out.

Look. The Tribe just blasted the Cubs 6-0 in Game 1 of the 2016 World Series. Game 2 is on tap tomorrow (weather permitting). Today is unchartered territory for me. It is the first time in my lifetime that the Cleveland Indians have led 1-0 in a World Series. (They lost the openers in 1995 and 1997.) 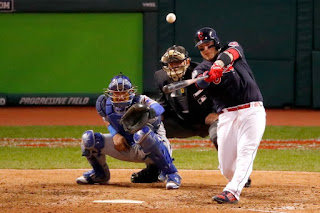 It also is the first time the Tribe has led 1-0 in a World Series since 1920, when the Indians beat the Brooklyn Robins 5-2 to win the World Series. That is no mistake! Back in 1920, the World Series was a 9-game series. Man, history is crazy. In that same year, women got the right to vote!

Wahoo, or the lack of Wahoo, may be the factor that will give the Tribe its first World Series since 1948. The reason I say this is that the red-skinned Chief Wahoo did not come into existence until 1951 — after the Indians actually won the World Series. From the beginning of the franchise in 1915 until 1947, no Native American-type of image was connected to the franchise.

When vanguard owner Bill Veeck owned the franchise, he created an Indian image and horrible mistake. From 1947 to 1951, the Tribe had a mascot that was this:

And while this mascot was in effect, the Tribe won Series in '48, so in a way, all was good back then.

In 2013, the Tribe organization took a stand and made Chief Wahoo the secondary logo of the team. Excellent move! We're fazing out Wahoo! It would be too drastic simply to cut off the chief. Ohioans might go ape with such a drastic move.

All has been moving in the right direction. But that is why I am shocked to still see Wahoo on the hats of the Tribe during the 2016 playoffs. Why not just the letter C?

Look. All I'm saying is this: The Cleveland Indians have won zero series with red-skinned Chief Wahoo as the primary mascot from 1951-2013. Now, it's looking like a way better chance since that 62-year stretch. Coincidence?

Talent is a myth 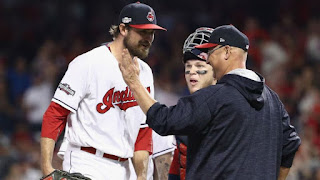 What the hell is going on here?

My Tribe — the team that I follow religiously day in and day out — is one game away from the World Series.

Look. This does not necessarily mean the Tribe will win the World Series. But right now, I'm feeling major feelings of validation that have taken 43 years to obtain.

Maybe, just maybe, the Tribe has done it right all along. When it comes to baseball, what are the necessary ingredients to win? ... Now and for a long time, the answer has been a given — talent and payroll. But here we are again, not seeing those ingredients prevail.

When it comes to baseball — and life — I believe that desire, humility, team work and guile trump talent. Basically, I believe this: Talent is a myth.

Look. There is no doubt that LeBron James had immense talent when he was at St. Vincent-St. Mary High School. He might very have well been the most talented high school basketball player ever.

However, that did not make LeBron into what he is today. Prep stars flame out repeatedly. LeBron didn't. He had the necessary work ethic, grit and desire to become the man that brought Cleveland its first championship in more than five decades. 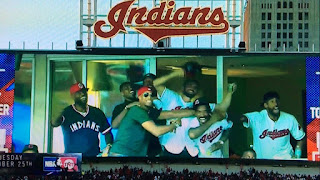 It's not as if I am making this theory up out of thin air. It's out there, and I recommend the new book "Grit" by Angela Duckworth if you truly want to explore how the idea of talent hinders us as opposed to elevates us.

As I look at my own life, I realize that I went into writing, even though I typically had better test scores in math. It turns out I really loved writing, put 30,000 hours into it and become passable at it. It's not about talent. It's about where we put our time, understanding the big picture and accepting our own foibles.

Now, that's why I love this 2016 Tribe. They are not "supposed" to be here. They have the 22nd highest payroll of 30 teams. Six teams have double the payroll of their 25-man roster. Those are the Dodgers, Yankees, Red Sox, Tigers, Cubs and Giants.

I believe money well spent is a better trait than simply spending money, and no doubt about it, I want the Indians to win it all, not only for my own connection to them, but because it would mean more than even the freakin' Cubbies winning it.

Francona matters. The use of the bullpen matters. Going to second on a ball in the dirt matters. That is more important than the Cubbies' freaking $176 million payroll.

When it comes to success, grit trumps talent. I'll tell you what. As hard as it pains me to admit it, the Tribe in the 1990s tried to do it on talent alone. It did not work.

Plus, our 1990s manager Mike Hargrove did things often because "that's how we always do it." Oh god. That was a recipe for pain and disaster.

Right now, the Tribe is definitely in good hands with Tito Francona who knows how to adapt on a fly — even when his starting pitcher can not make it past the first inning!
Posted by Joe Stevens at 10:10 PM No comments: 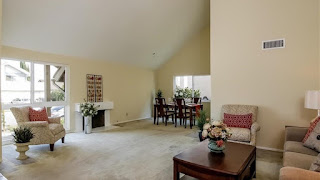 The house wasn't too bad. You could probably move in, if you wanted.

But we knew there were things we'd like to do, and it's always better to do them before moving in because, who knows, you might never do them.

To make a looooooong story short, we revamped the house we moved into in Cypress, Calif., and made it a show-stopping masterpiece. We redid all the floors, painted every room, put in a new kitchen, a new bathroom, modified two bathrooms, got the electric up-to-date, painted the front door and backyard trellis and got new hardware here and there to make this place a show house.

Did we overdo it? Probably. Was it worth it? I hope so.

We have finally moved in! 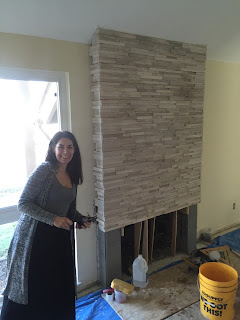 It is an odd situation to buy a house in one's 40s. You've lived and learned. You're wiser. But egads, I hadn't learned yet that you always go double! It takes double the time and double the budget to do what you set out to do. We doubled down, and we're feeling good — but, oh yeah, we forgot about something called furniture.

We'll get to that. But in the meantime, it is nice to have a five bedroom, three bath home. I love the space. It's wild to actually have space in a California home. It took major hard work to 1) simply buy a house like this, and 2) renovate it as we did.

It was perversely fun to talk to three or four contractors a day, stay on top of all of them and be constantly ordering items necessary for the remodel. 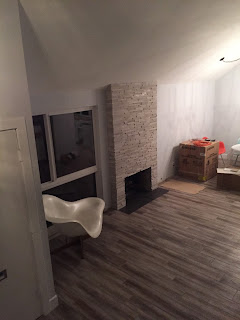 We assembled a ragtag Ocean's Eleven type of crew for this project, and in my power rankings of how good of a job they did, this is them:

1) Sergio the Floor Guy, 2) Captain Nemo the Tile Man, 3) Pedro the Painter, 4) Elias the Detail Specialist, 5) Bob/Rory the Plumbers (but, man, they're too overbooked!), 6) Scott the Electrician, 7) Josh the Tile Point Man, 8) Andre the Kitchen Planner, 9) Sam the Cabinet Guy and 10) Ed the Shower Man. ... We actually had a handful of other people involved, too, but the list is getting ridiculously long, and few guys we didn't feel that great about their work and/or price.

For a lot of this ride, I felt like the Ray Liotta in the sky-is-falling scene from "Goodfellas."