Ferriss' work in my wheelhouse 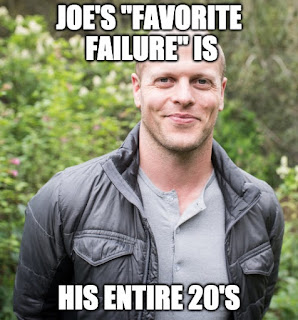 I am unsure how I stumbled across Tim Ferriss. I picked up his Tribe of Mentors tome and thought, "well, here's another book that has gotten some hype and good luck living up to that."

Tribe of Mentors (2017) even surpassed the hype. At first I was a bit intimidated by the book's 624 pages, but I realized that with about 100 interviews with successful people from various industries, it was the fastest-turning, 600-page book I've ever read.

The book is a tour de force for two main reasons. 1) the questions Ferriss asks, and 2) the cross section of people interviewed.

Sure, there are some big-time celebrities interviewed, including Jimmy Fallon, Ashton Kutcher, Ben Stiller and Larry King, and those are fine. But most of the interviews consist of thought leaders, tech leaders, influencers and people who've done things differently.

One reoccurring theme that continually pops up is the importance of zigging when everyone else zags and how formal education usually has nothing to do with success in the real world. I might argue that sometimes a "successful" formal education even holds back individuals in the work place because of an over-reliance on following rules and a lack of creativity, adaptability, problem solving and engagement.

I found so many of Ferriss' interviews meaningful that it is difficult to single out specific ones because so many did for different reasons. Interviews with Naval Ravikant, Kristen Ulmer, Drew Houston, Steve Aoki and more come to mind. It was an absolutely brilliant tactic to ask the same 11 questions to the interviewees because they are critically important questions. 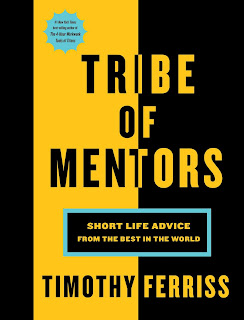 Simply asking books that leaders have given as gifts and ones that influenced their lives was huge in itself. Each question was meaningful, and my personal favorites were: "How has a failure, or apparent failure, set you up for later success? Do you have a 'favorite failure' of yours?"

"What advice would you give to a smart, driven college student about to enter the 'real world'? What advice should they ignore?"

"What are bad recommendations you hear in your profession or area of expertise?"

Unbeknownst to me, Ferriss has an extremely popular podcast and is a successful angel investor in startups. My love for Tribe of Mentors had me go back and read his The 4-Hour Workweek, (2009, expanded version), which I also recommend. I also plan on going back and reading Tools of Titans (2016).

When I stumbled upon Tribe of Mentors, I felt vaguely embarrassed. How had I not know this guy existed? It was the same feeling I had when my wife's company helped put on a music festival in Long Beach in which Kaskade was the headliner. I had never heard of Kaskade and, just like with Ferriss, I realized that sometimes I miss stuff.