The Wright way in the Jim Crow South 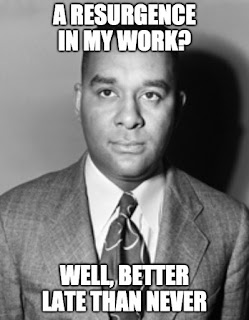 I cannot stand "the canon." By the canon, I mean the commonly "taught" books in schools.

Did you actually like those books when you were in school?

Now, I went pro and am a writer and English teacher. So, I did indeed like a bunch classics. Catcher in the Rye, Slaughterhouse Five and 1984 come to mind as books in the canon that work for me.

But, honestly, so many other books don't work for me that I constantly wonder why we don't do updated books or ones that are overlooked. Black Boy (1945) by Richard Wright has been getting more attention in recent years, and I wholeheartedly vote to put it in the canon and keep it there.

I added Black Boy to my freshman class last year when I could not believe that my colleague English teachers wanted to do To Kill a Mockingbird for an 80th consecutive year (hyperbole, but barely). English teachers gasp when I say I'm not a fan of TKAM. Say what?

Here's the deal. TKAM perpetuates the rich white perspective and perpetuates fake court. OK, I will concede that there are some scenes and themes that are worthwhile, but geez Louise, haven't we overdone it with TKAM?

So last year, I did something tricky. We co-read TKAM and Black Boy, did some comparisons, and I tried not to let out my bias. Black Boy enthralled the students. From the opening scenes, in which Richard lights the house on fire and kills a cat, the kids got a view of abject poverty passed down from generations. 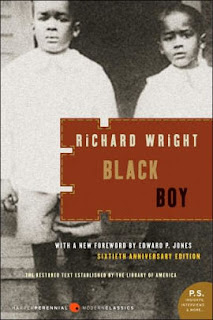 The portrayals of Tom Robinson and Richard Wright obviously are huge. Of course, Richard is the hero, of sorts, in Black Boy, and good old Atticus Finch is the white-male hero in TKAM. A white male hero? What a change!

But the thing I absolutely can't stand about TKAM is the court-room scene, the one that most teachers show the Gregory Peck Hollywood version. Either way, book or movie, it's just so fictitious, I can't take it. An attorney pal told me he became a lawyer because of that scene, only to quickly learn that practicing law isn't like that whatsoever.

Black Boy is such a gem. To see what Wright went through and to understand that he somehow educated himself and escaped the South — it's an inspiration! It certainly is not an inspiration for the culture of the Jim Crow South, but that he somehow triumphs so we can read his experiences. It's amazing, and I must say that Richard Wright deserves any and all accolades he receives.