The World's Most Dependable Man 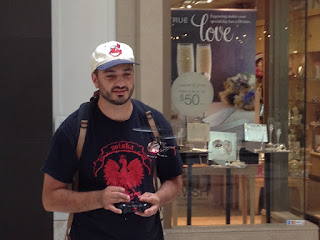 "When Steve was dubbed 'The World's Most Sophisticated Man,' I was trying to give him the highest title I could think of because I hold him in extremely high regard," Stevens said. "Apparently, one problem with the name was that it was so grandiose, that some thought it may be an opposite nickname. And it isn't!"

Apparently, nicknames have been a major part of Stevens' entire existence. His father was known as the XMan, and several family members have nicknames. There is Meathooks who became Know-it-All. There also is Scrappy Boy and Sphincter, who became the Sphinx.

As for close friends, the list is lengthy. Some key friends with nicknames are Cato and Heifer, who became Hefner. And of course, there is Big Bear, who became Big Ass who became Fat Ass and now is simply Killer.

"Look," Stevens said. "I think it is an honor to have a nickname as long as it's not rude, and if there were ever any nickname in my life that was bad or mean, I apologize. Now, are we done with this interview? Any more questions, Mr. Dick Glasses?" 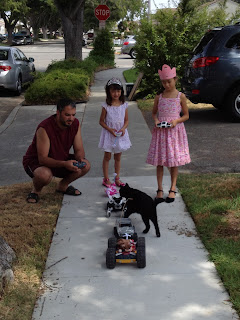 As we enter September, The World's Most Dependable Man again had a key role in Stevens' summer fun. He visited California for 10 days, and then Stevens visited him and the rest of his family in Cleveland for two weeks.

The World's Most Dependable Man is indeed the world's most dependable man. He helped with various odd jobs around Stevens' Polish Mansion West to add classiness to the place. He also had a lot of fun with Stevens' daughters, which included having parades, playing with remote control cars and teaching them Nintendo.

The World's Most Dependable Man also went on a lengthy walk with Stevens from Cerritos, Calif., to Long Beach. He also went on a bike ride from Long Beach to Seal Beach and back. What was discovered was this - man, it really sucks if you don't have a car in L.A.