Tiger, Tiger is not right 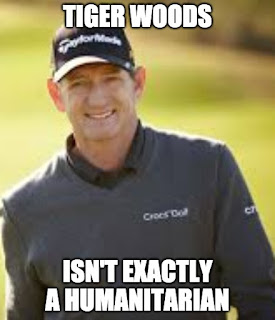 When Tiger Woods won the Masters last year at age 43, I was rooting for him. I loved that he won, and it was an awesome story and in the conversation of "the greatest comeback in sports history."

The next day, though, I lost those loving feelings. I was thinking back to Hank Haney's 2012 book The Big Miss, and I was thinking his life of over-the-top cheating. To me, character matters in sports, and I guess I'm supposed to forgive Tiger. But let's get real. A lot of his off-the-course life has been less than admirable.

Of course, we need to give Tiger his just due when it comes to his golf career, his 81 PGA wins, his 15 majors and for being the most dominant player in history. His stretch from 1999 to 2009 is just ridiculously amazing.

It was Thanksgiving 2009, when his personal life and golf career took its dramatic tumble. We're talking a decade ago.

So Haney used to be Tiger's coach, and he is famous in his own right, even having his own show on the Golf Channel called The Haney Project at one point. I could not put down his tell-all about Tiger and the madness of what made Tiger tick.

On one hand, I give props to anyone who has the amazing dedication to be an elite athlete, musician, artist or business mogul. To be at the top of one's game in a competitive sport or discipline is highly difficult, and we cannot underscore the life that is given for that pursuit.

However, a lot of unhealthiness can come the way of the driven elitist, and it's hard not to fall into a lot of the unhealthy traps. Tiger fell into a myriad of them. 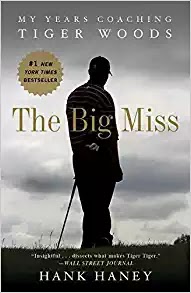 Tiger's dad was a military man, and he became obsessed with Navy Seals and training with them. He repeatedly trained with them, frequently hurting his body, building up muscles that were irrelevant to golf and most likely tearing his ACL with them. Say wha'?

Tiger really didn't have anyone close to him. He also was so self-centered that if he were eating with others, he would walk away when he was finished, regardless if the others were still eating. He also is cheap and a notoriously terrible tipper, and somehow he finds that funny. At least, this is all from Haney's book, and it sounds like truth to me.

So Haney got a first-hand look at Tiger, but we all have been watching Tiger on TV for decades. I have seen him up close a few times and did a story on him once when he did a p.r. thing with the City of Long Beach.

But what I know about Tiger is what I believe is the truth. Insecure. Driven. Cold. Why is it that our world lauds ideas of "the best" for something like golf, but we don't really look at the actual person? Eh, The Big Miss made me do that, and it's going to be hard for me to laud Tiger again.