The first step in growth is mindset 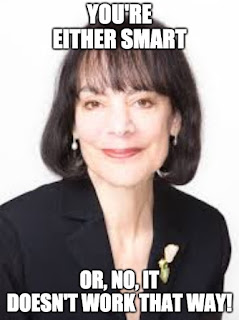 I'm a fan of valuable chitchat. I just don't have time to chitchat about nothing, so if we have a two-minute exchange at the grocery store, I'll do my best to make it meaningful for the both of us.

So when a chit-chatter finds out I'm a teacher, we soon get to where I teach and who I teach, and sometimes that person says something to the effect of "well, it must be hard to teach those smart kids."

Our educational system has long glorified the idea of a fixed mindset. You're either smart or you're not, and those traits are not changing. It's a false notion because anyone can get better at anything as long as deliberate practice is enacted.

Understanding and fostering a growth mindset is much more helpful for students and everyone, really. We can all get better at anything if we embrace the challenge, adapt from mistakes and stop being so helpless. At least, that's my definition of growth mindset. 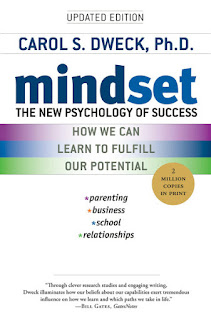 A few years back, I was delighted when my daughters' elementary school focused on growth mindset as the year's goal. Videos even were sent to the parents, and I couldn't think of a more refreshing thing to do.

A growth mindset could be applied to any aspect of our life, and it helps us not only achieve but live a fuller life. I see far too frequently that what holds individuals back in life usually is themselves and their ideas of themselves. When those ideas become healthier and positive, so does the individual.

In the school system, we have long been victims of unhealthy fixed thinking and foolish rankings. Heck, kids and schools still do it today as they compare grades, test scores and schools that still rank the kids.

In Dweck's public school in Brooklyn, the children sat in order of perceived IQ, as determined by a test, and certain kids had additional responsibilities because of their seats. Ridiculous!

I might want to go off about Howard Gardner's multiple intelligences and the silliness of IQ tests, but instead, I'll just say that I consider Mindset a necessary read for those interested in bettering themselves.