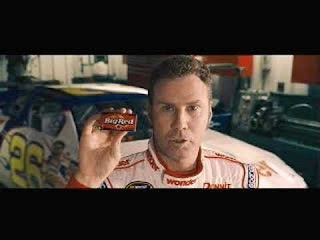 No little cinnamon gum freshens breath longer than Big Red, and because of that, Big Red has been named "The Greatest Gum of the Snooze Button Generation."

It's true that with Doublemint gum, a double pleasure is waiting for you. Doublemint has a double great feeling that makes you realize Doublemint is the one for your.

Yeah, that's all true. But still, Big Red is "The Greatest Gum of the Snooze Button Generation." In the commercial below, Peter Billingsley, the child star of "A Christmas Story," has a role. That may sound impressive, but Billingsley was in 120 commercials and at 12, was once quoted as saying, "After 100 (commercials), you lose count." 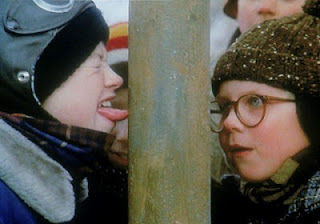 Actually, after learning that chewing gum repeatedly pounds sugar into teeth, many members of the Snooze Button Generation have eschewed gum chewing. As teens, many of us rampantly chewed Big Red. Perhaps we understood its animalistic charm with the opposite sex.

For some, the Big Red jingle is not a mere commercial, but a way of life. R&B singer Ne-Yo released a version of the tune this summer. Although the statistics were not available at press time, the Big Red anthem may be the second most frequently sung tune - second to "Happy Birthday."