The keys to marriage 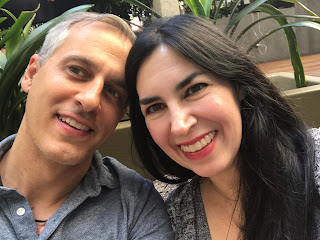 In three August days, I will wed the woman I love — Dina (soon to be) Stevens.

Of course, a second marriage is different from a first one. We both have a lot more wisdom now and understand how love and marriage grows. For me, I have a deeper understanding of — and feeling of — my emotions. Thank God for that!

"Men are from Mars, and Women are from Venus" may be a cliche by now, but in so many relationships, I have seen that there is major truth to that. One major difference I have seen between men and women is that men do not mind unsolicited advice, while women loathe it. It is a similar phenomenon as how women don't mind asking for directions whatsoever, while men would prefer to be lost for another hour rather than ask.

On the verge of my second and final marriage, I offer the top five updated tips of advice for husbands and potential husbands in 2017. We live in a fast-paced, ever-evolving, image-heavy, perception-driven culture in which the reality of being a husband often isn't discussed. A lot of new brides and grooms are focused much more on their wedding day than their marriage. A lot of expectant parents are more focused on their child's birth as opposed to what it means to take care of an infant.

So, guys, husbands and husbands-to-be, here are my top words of wisdom for your much-needed unsolicited advice:

1. Don't get married!
Yes, that might seem like crazy advice three days before my own wedding. But so many husbands overlook major red flags that are deal breakers. Does she want to change you? Are you just playing the role of husband in her life plan, or does she uniquely love you?

Nowadays, I say meeting a potential mate for people with their stuff together is easier than ever because of ONLINE DATING. But it's also critical to distinguish between what is a legitimate red flag and what is a legitimate "typical'' problem that we all have and can be addressed and understood. Sone online daters profiles are red flags in their own; thank God for that!

2. Keep dating
Huh? What? Keep dating?!? Well, just because brides and grooms transform into husbands and wives, they still must keep dating and keep the romance going (of course to each other!). If not, they will wonder why life slowly becomes miserable.

3. Communication skills
I can't overstate the importance of using one's mouth — and ears — to communicate! You absolutely must listen and understand the other person, and gender. 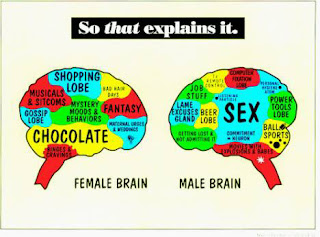 4. Listen first
Just as Magic Johnson and John Stockton were pass-first point guards, a husband needs to be a listen-first communicator. This advice goes back to the "Men are from Mars, and Women are from Venus" insights. Many times, men communicate literally, and women communicate emotionally. Often times, couples are not at all in the same realm when they communicate. The wise husband understands, and knows, when to enter and stay in the wife's communication realm.

5. Venn diagrams
I believe that all human beings are Venn diagrams when compared with other human beings. We match in certain points and maybe not so much in others. In life, perhaps with all relationships and especially in a marriage, we must accentuate what we have in common and build on that. When it comes to similar interests and things you like, hit that up! There is always something all couples can agree upon!