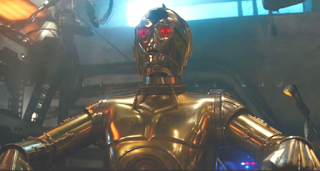 "They killed Star Wars. Heartbreaking, although it was dead awhile ago."

These words from my cousin reverberated through my inbox, and I was wondering why I had no desire to see "The New Star Wars."

Too corporate. Too much entertainment. Disney owns it now. Dang, the creators and audience have changed, and maybe I'm not a part of it any more.

I heard the movie was trash and would have avoided it, but my 14-year-old daughter Sophie wanted to see it. So I quietly said to myself, "Yes!"

The movie is better than I thought it would be. Chewbacca has major screen time, and faithful readers may know that I boast the most glorious Chewbacca collection known to man.

Of course, there are major plot and logic holes in the latest — and final — Star Wars. But so what? The movie sets the viewer up for that in the first minute, and the characters are relatively strong, especially for an action-adventure movie. So I enjoyed the movie.

I think one problem many Gen Xers have with Star Wars and other entertainment is that they just don't get Millennials. Strangely, I think I do. I continue to like some of the social progress I see in the world and in Star Wars and thought the the lead, Rey, with the two dudes and Chewie made a cool Millennial team.

But here's the deal. I'm a casual fan, and this Star Wars is such a big deal nowadays that I will remain a casual fan — and that's as much as I got. 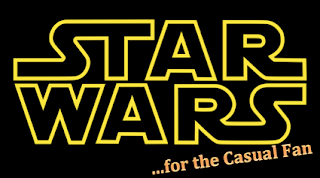 It's wild how entertainment has shifted during the lifetime of Gen Xers and Baby Boomers. Of course, my daughters' generation, Gen Z or iGen, has only had iPhones in their lifetime. So they haven't weathered the tech explosion like us older folk.

I wonder how many Gen Xers are like me — amazed by Facebook at first, kind of addicted to Facebook and now hardly on it. It took a while, but I feel as if I've reclaimed my life by trading in tech use for exercise, reading and writing. I feel much more in tune with myself and the world around me.

I guess we live in a Super Bowl culture of constant spectacles, and so we have become dulled to spectacles. The bigger, the better? Nah, the more meaningful, the better. And what does that entail?

Some people say that what really matters in life might be when all is said and done, when we are taking our last breaths and, hopefully, surrounded by loved ones. I've often seen many lives given away for vacuous pursuits, and I like to think I actually have a meaningful life.

Within the past two weeks, I stumbled across two items about life and death that make me wonder about our place and time. First, I ran into the sonnet "When all the others were away at Mass" by Seamus Heaney (thank you, Valerie!). Then, I ran across "The Final Frontier" by Michael Chabon in The New Yorker.

Both have to do with parents on their deathbeds. In the sonnet, Heaney recounts peeling potatoes with his mother. In The New Yorker story, Chabon recounts he and his father's love and connection to Star Trek as his father lives his final days. I found both pieces moving for different reasons.

Maybe I'm old school. Maybe I just can't embrace pop culture like I used to. When the novelty wears off, where does that leave us? I bet a lot of us Gen Xers are finding ourselves with teenagers, eschewing our phones and pop culture and would be perfectly happy to just peel potatoes with our moms or children.

I'm worried that the moment has been highjacked by Big Tech, the entertainment world, our current culture or our image-trained minds. But at least we Gen Xers remember a time when it wasn't that way, when we had to wait for Saturday morning cartoons and we built memories with friends and family in real time.

Maybe that's my hope for this upcoming year, to forget about making "lasting" memories for the iCloud and make lasting memories in my actual memory.

Posted by Joe Stevens at 8:17 AM No comments: