What's more important an 'A' or grit? 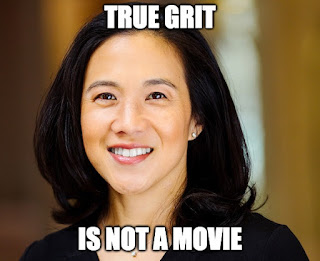 The curriculums of schools are exceptionally important. Nationwide, I'd love to see them updated in public schools, but that is such a daunting task, that I'm not too optimistic about that.

So Angela Duckworth's 2016 book Grit: The Power of Passion and Perseverance could have been in the education or personal growth part of this project. But I'm putting it in the parenting category because grit is arguably the most important trait any child can develop. 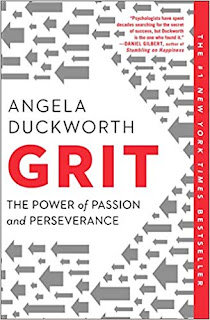 Another reason why Grit is in the parenting category is that you can't bank on it being learned in school. Explicit character instruction is either superficial or devolves into cliche. Grit could be learned implicitly, but I think there are more teachable moments at home.

"In the real world," as we Gen Xers like to say, "things don't always go your way." With the advent of personal technology and personalized entertainment, children need to understand that things "in the real world" don't revolve around them and that they need to know how to adapt to this.

We can't succeed unless we risk failure, and the more we fail, the more that may show that we're risk-taking and developing grit. As a Cleveland sports fan, I would say that my entire city is full of grit. Or maybe I'm just full of sh--!