Humans are worth more than Apple 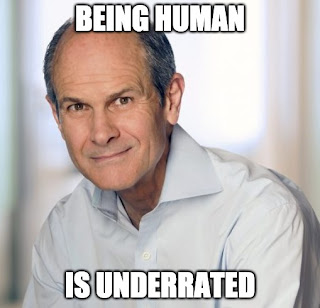 I have gone full circle on Google.

I used to think it was a magnificent company, better for humanity. Information was just a click away, and it could help me find my way in a car, answer trivia questions and connect me to any idea that popped in my head.

Unfortunately, with the law of unintended consequences, I no longer trust most of my searches, especially when it comes to news, politics and feelings. I am not so sure one big Internet search company helps humanity, and, perhaps ironically from what the Internet used to be, it may not encourage truth or a variety of thought.

During the 2010s, the United States has gone bonkers with its love of Google, Apple, Facebook and Big Tech, and I finally think the tide is turning, where a lot of us are asking, "What the heck were we thinking?"

On some level, I was mesmerized by technology, only to thaw out and realize, "Wait a second. My life is better without Siri, social media on my phone and keeping my phone off for most of the day." Yes, the phone and tech do a zillion things that are worthwhile, but I'm not so sure they help us be better humans or live fuller lives.

We live in such an odd time that Geoff Covin's Humans are Underrated is a much-needed book that examines the importance of human skills. His argument makes perfect sense. If many jobs are, or will be, automated, then where does that leave the human? We're underrated! 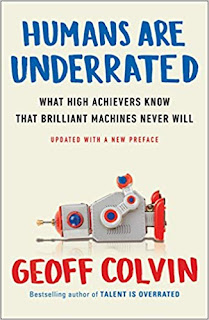 Human skills, such as empathy, collaboration and self-knowledge, will be more at a premium in life and the work place. Colvin takes an economic approach to his thesis, and it jives with my approach to life in general.

I was going to include Colvin's 2008 book Talent is Overrated on this list and didn't realize Humans Are Underrated existed. When I picked it up, I went with the Humans book in 100 Nonfiction Books I Recommend, although I highly recommend both.

Colvin uses three heavy-hitting examples of organizations that benefited from focusing on human skills — the Cleveland Clinic, U.S. Army and Stanford Business School. All three adapted to the current landscape of overvaluing technology and undervaluing humanity and have meaningful stories of a shift of overvaluing tech.

It is no coincidence that a lot of folks in Silicon Valley have been sending their kids to schools that value nature and that most have figured out that the schooling we are doing today has only a vague connection to the current opportunities in jobs.

The gap between schooling and the workplace arguably is bigger now than ever because of the advent of technology, and I agree with Colvin, that it is utterly a fact that human skills will be valued more than ever in the future. It would be nice if that happened now, too.