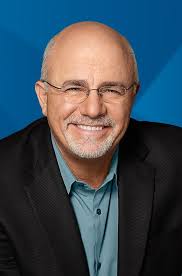 Editor's note: In the final category of 100 Nonfiction Books I Recommend, we have taken suggestions from friends and readers for books new to me. A lifelong childhood friend and former Marine David Davis recommended EntreLeadership (2011) by Dave Ramsey.

"Leading by fear and anger is not leading."

That quote comes out during Dave Ramsey's book on business leadership called EntreLeadership. He goes on to explain that fear is an offshoot of ignorance, and I often get frustrated when I see leaders using fear and anger because the truth is that those leaders probably are ignorant themselves.

Ramsey's book is a page turner and worthwhile, and he is a popular radio host. But I had never heard of him. So, thank you Dave Davis, for the recommendation.

I was familiar with some of the leadership concepts in EntreLeadership, and one that stood out was what unity entails. Unity involves actual work, and I am not sure leaders often commit themselves to it. Ramsey also mentions five pitfalls to leadership, and those are poor communication, lack of shared purpose, gossip, unresolved disagreements and sanctioned incompetence.

Those five qualities ring true to me. In particular, unresolved disagreements and sanctioned incompetence hit me. If there is a problem that has never been resolved, I just see no way an organization can have genuine unity. Problems must be addressed and resolved, or we become a part of incompetence. When we enable incompetence, it diminishes the excellent work others do. 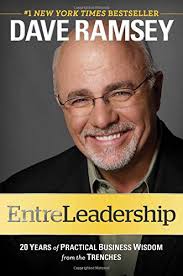 So many tidbits on leadership exist in Ramsey's book, and a lot of useful info comes in passing. One quote thrown in that I never heard came from Aristotle. It was: "There is only one way to avoid criticism: Do nothing, say nothing and be nothing."

My main point is that Ramsey's leadership stuff is legit, but for me, personally, I found the business stuff more telling and useful because I just don't know much about the business world. It's a void in my knowledge. I do know that to make it, one has to hustle, work hard and devote themselves to their career.

I have done that with writing and education as they are passions of mine, and I assume that others have that passion in business. Or do they? I wonder for how many people in the business world, if it truly is a passion, or if they are just trying to survive.

This idea popped up in Ramsey's nuts-and-bolts chapters on legal matters, salaries, health coverage, etc. One line that he said was that if a worker is in a company for the employee matching of the 401K or a secure salary, he wouldn't want that worker. Now, I understand the importance of being hungry in the workplace and producing, but the overall culture for workers nowadays is not what I think it should be.

I also learned that Ramsey's employees pay for their own health insurance, but his company does put in $75 for it. This is no problem with Ramsey; it is the reality for many businesses. I take for granted my full health coverage through my school district. I feel sorry for business owners, like Ramsey, and workers, who have to devote so many resources to health coverage.

So through it all, I believe one message I could give anyone entering the business world would be this: Figure out how to learn and be an owner, not a worker. Easier said than done. But it's such a tough world out there that I find it hard to have a meaningful quality life with so much time devoted to salaries without health coverage, pensions or even a matching 401k.