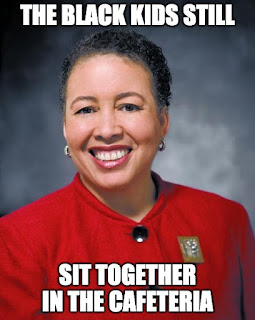 Being a white male, I had the privilege, and ignorance, to not think much about race for a lot of my life. My neighborhood growing up was 100 percent white, and my high school was about 95 percent white. Race? Eh, who needs to talk about it?

Well, as I became more educated, I understood how race is — hello — a major component of the United States' power structure and history. I used to think racism was about bad apples who had hate in their hearts. I eventually realized that racism is embedded in many of our country's institutions.

When it comes to schools, it is obvious to me that racism is on overt and covert display. First off, a lot of students of color do not have access to as many of the stronger schools. Then, at schools, race can be denied or pretended to not be important by white people.

In Beverly Daniel Tatum's masterpiece Why Are All the Black Kids Sitting Together in the Cafeteria?: And Other Conversations on Race, she examines racial identity and the systems in place in schools that hurt minorities. Tatum also looks at candid discussion and research on race in the 2017 20th anniversary of the book. 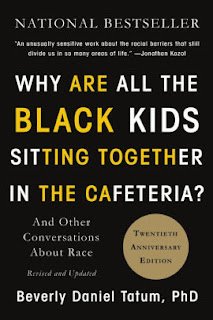 This work helped me adjust my attitude, words and behavior toward race in a positive way, and I believe it will can have that effect on any white person not familiar with the book.

The main takeaway for me is that it's healthy, and necessary, to embrace conversations on race. It reaffirms the idea of being racially blind is stupid. I believe we should strive for empathy, celebrate ethnic differences and as a white guy, stop proving to others I'm not racist. I also am more aware of racial dynamics in groups and at school.

I teach at a school that is about 5 percent white and is full of many ethnicities with Asian leading the way, following by Latino. Just because I'm at a diverse school doesn't mean there are no race issues to consider.

I can't stand "post-racial" thinking. Ooh, Abraham Lincoln "freed the slaves," so racism is gone. Or, the Civil Rights Act passed in 1964, so racism was over. Or better yet, Obama was elected president, so there must not be racism any more.

One of the incredible things about Why Are All the Black Kids Sitting Together in the Cafeteria? is that race-talk-stoppers that white people often use has ended with me. I've learned to steer the conversation, embrace, and sometimes promote, race talk.

So many people experience fear, anger and denial about racism, especially in our schools, and the least we can do is to keep the dialogue going and hope that collective social progress occurs.

Email ThisBlogThis!Share to TwitterShare to FacebookShare to Pinterest
Labels: 100 nonfiction books I recommend, Joe Stevens teacher, Why Are All the Black Kids Sitting Together in the Cafeteria by Beverly Daniel Tatum