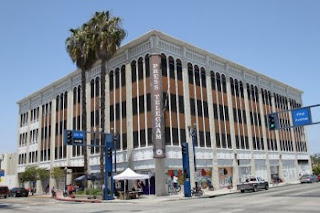 I rarely ventured north of 604 Pine Avenue, and I strangely loved that about the old Press-Telegram's location. Some considered the neighborhood "sketchy" to the north with the heart of downtown Long Beach to the south, and co-workers always seemed to be enjoying ice cream from Rite Aid across the street.

The P-T was in an urban locale, and I loved its location. Heck, I can hardly think of any place in Southern California that would've matched with me better as a self-proclaimed city guy.

Even though it happened in my lifetime, the P-T on Pine Avenue feels like an epoch ago. I started there as a reporter in the late 20th century. A corporation sold the Pine building in 2006. In my mind, once the paper moved off Pine Avenue, I knew I finally had to leave and did in 2008.

I'm reminiscing about the P-T because my friend Kelly Puente just left the Long Beach Post to be an investigative reporter at The Tennessean in Nashville. It sounds like a good move and cool adventure, but she was one of my only friends' stories I was reading on the daily. I'll miss that.

I bet anybody who worked at 604 Pine Avenue has a whole lot of memories and stories, and I feel fortunate to be a part of the newsroom experience. We worked our butts off and were underpaid, but the people we interviewed and stories we cranked out might have given us priceless educations.

Sure, I enjoyed my P-T time, but maybe I should've enjoyed it even more. When I moved to Long Beach, I already knew some of the harsh realities of the newspaper business. I came from Newsday, where I was an intern and got hired.

When I was at Newsday, the New York City edition had just folded, yet the paper was still pretty healthy, focusing on Long Island and Queens. Part of the attitude there was a disenchanted, shoulda, coulda, woulda, missing the city edition. But for me, a green 20-something, it was an excellent opportunity. I distinctly remember one Sunday morning when the only reporters in the Queens office were me and journalism stalwart Jimmy Breslin. 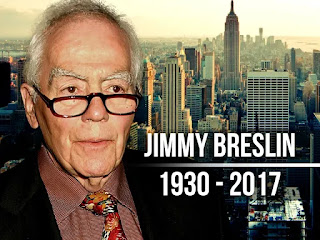 Working in newspapers could warrant name dropping with the people we encountered — mostly from our stories. I guess I'm name dropping Jimmy Breslin because he embodied the image of a no-nonsense, old-school reporter. I had peers who were versions, or variations, of Jimmy. Good friend and former P-T police reporter Tracy Manzer comes to mind. But, geez, there were so many of us who poured ourselves into our profession.

"Ink in their veins." That was a phrase P-T executive editor Rich Archbold frequently said about us dedicated news folk. Newspapers overflowed with lively personalities and quirky and talented people. Heart and soul glowed around me.

Yet in Long Beach, a similar shoulda, coulda, woulda attitude was part of the P-T that was at Newsday. Knight Ridder had just sold the paper when I joined at age 24. The staff got buyouts or took pay cuts before I started. Despite witnessing those steps backward as I began my career, I probably wasn't prepared for the slow, painful death march newspapers would endure in the late '90s and early 2000s.

That, too, was an education. A lot of young reporters, myself included, believed that journalism was a truth-seeking, checks-and-balances type of profession. Our society and democracy needed us. Right? Well, we soon realized we were part of the corporate mechanism of 'merica, collecting our paychecks from a media conglomerate that wasn't concerned with local news.

Luckily, we newspaper folk had transferrable skills. So I have many friends who've gone on to bigger and better things. After being bitten by the corporate greed that paid me, I knew I would never go through that again and became a public high-school teacher. Totally works for me. Let's keep those kids engaged, not busy!

No doubt, local news remains critically important for communities and our country. Gosh, we need it. Don't we? I commend the Long Beach Post for doing its thing, and those, like Kelly, who are still fighting the good fight in journalism.

And I guess my big lesson might be some sort of professional self-knowledge. I'm a skilled worker, and teaching gives me a steady paycheck, good benefits and a pension. Nowadays, finding a pension in corporate America is about as hard as finding a corporate worker who is actually happy in his job.

I bet a lot of my fellow comrades in journalism learned similar stuff as I did. It's called growing up, and I was fortunate to do that with a cast and crew that had each other's back, even when corporate brass didn't. It was a family of sorts, and for anyone who's worked in a situation like that, you too might find comfort in cheap ice cream from Rite Aid.