The Muslims are coming! 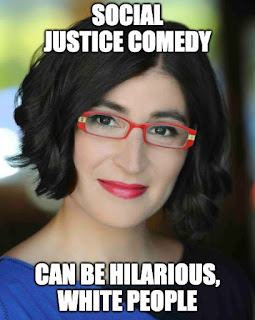 The Muslims Are Coming!

That was the name of a comedy tour, and film, that Negin Farsad embarked on in the South as she delivered her social-justice comedy. In a popular TED talk, she explained what social-justice comedy is and made an important clarification. "Justice" is not political. All human beings should agree that society should strive for justice.

Agreed. Unfortunately, Farsad has become a pin cushion for hate, and that disturbs me. I believe that America, by and large, is unknowledgeable of what it means to be Muslim in the United States. Unfounded assumptions abound, and many white Americans have no understanding of a non-whiteness or even whiteness for that matter.

So the best things about Farsad are that she is funny and she is her authentic self. When it comes to comedy, laughs are what matters most. Yes, social justice is her slant, but it would never, ever work if it was too preachy and not hilarious.

Farsad delivers in How To Make White People Laugh (2016), and I find the strength of the book as her personal stories, growing up Muslim and Iranian in Palm Springs. For us Gen Xers, we didn't nearly have the entertainment options that the kids today have. No wonder a bunch of them are addicted to their pocket TVs. But for us Gen Xers, finding non-white TV shows and movies was not easy at all.

So, imagine being non-white, or non-Christian, in this white-dominated culture. Well, for 40 percent of the United States, that is not a stretch because they are not white. But for a lot of that other 60 percent, well, they can have a hard time with looking beyond their white world. 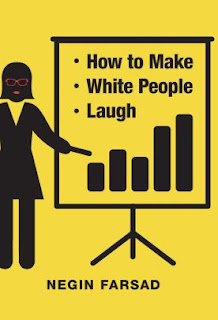 The book certainly isn't perfect. Some of the jokes hit, and others don't. Even though I am a white guy, I can see her perspective and relate to it. She talks about the binary approach to race that many Americans unwittingly follow. There's white, and there's "other." Farsad writes, "Just as I considered myself Mexican in high school, in college I began shifting my sights to being black."

I learned a long time ago that ignorance is a choice. Sadly, I find that many white people remain conveniently ignorant when it comes to other races, ethnicities and cultures. We still have a faction of haters who see "other" as a threat or enemy.

That faction remains ignorant and likely would not be reading any blog entry with "Muslims" in the title. Or more scary, if they do, it could be to engage in some sort of cyber fight.