Is Aziz polarizing or just funny? 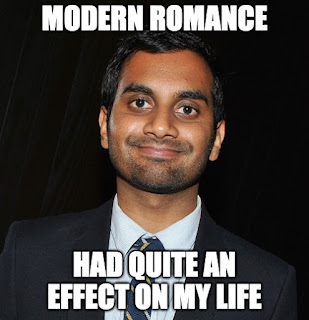 Earlier in this project of 100 Nonfiction Books I Recommend, I endorsed a divorce book by Alec Baldwin. Some of the reaction to that pick was: How could you?!?

I am wondering if that is how readers might feel with today's selection of Modern Romance (2015) by Aziz Ansari and Eric Klinenberg. As most know, Ansari was accused of sexual misconduct at the beginning of 2018, and he basically went into hiding for a while.

When he came back with a Netflix special this year, I felt he looked guilty. He was so contrite that it wreaked of wrongdoing. Of course, I'm just a mere viewer, so what do I know? But my gut was telling me, "Oh, wow, there was indeed something wrong here."

So there is a strange irony or tainted pick here, but I do recommend Modern Romance, especially for any Gen Xer who happens to be on the dating scene. The reason why I do is that the book makes many points about modern dating that I could totally relate to, when I got back into that world as a divorcee.

Since 2015, so much of what Ansari and Klinenberg reported is now either a "no duh" or slightly outdated. However, four years ago, a lot of this stuff was new and possibly shocking to anyone not on the dating scene. 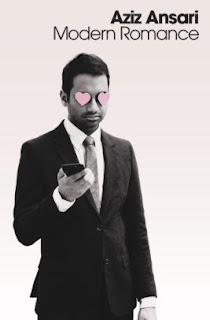 I quickly learned that people dating only use text to communicate, and if not, it would come across as weird and would be a dealbreaker. If you're not using an online app of some sort, well, uh, good luck to you.

That's how it's done, and once the shock of modern dating wore off, I actually loved the system. It was crazy efficient. I had fun with it. And I met my wife through it, even though I never envisioned me getting married again.

In Modern Romance, Ansari and Klinenberg blend humor and research to tackle the ramifications of dating today. The curse of choice is what ails the system now. Because there are so many potential matches out there, anyone can nix a date or potential relationship for the silliest of reasons. A "Door No. 2" always exists.

I wonder if humanity has shifted a bit because of how different dating is now compared to 10 years ago and especially 20 years ago. Ghosting, emojis, making sure to have a legit social media presence — so much takes place outside of what I consider the "real world and time," that it truly is a different world now.

Different does not necessarily mean bad. I like to think that like-minded people find each other through it all, and, heck, that happened with me and Dina.