Reason and faith can coexist ... Right? 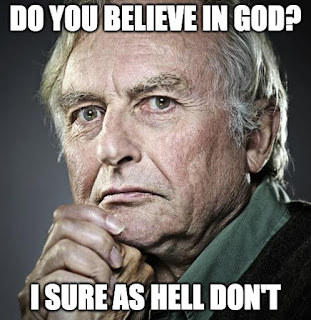 I'm no Bill Maher. I don't describe myself as atheist, and I don't demean people who are religious.

In the West, a lot of spirituality is called "Jesus," and in the East, there are various terms, including "Buddha."

Enter Richard Dawkins' The God Delusion (2006). The basis for the title is quote from Robert Pirsig (author of Zen and the Art of Motorcycle Maintenance), who said, "When one person suffers from a delusion, it's called insanity. When many people suffer from a delusion, it is called religion."

As an 8-year-old in Catholic school, I remember being a curious whippersnapper and asking constant questions about religious rules and dogma. Even at that age, I concluded that a lot of this stuff made no logical sense. Some people told me, "You have to have faith," but my gut told me that answer wasn't good enough. It isn't.

The God Delusion does an in-depth and thoughtful exploration of many things illogical in conventional beliefs of God. I know that atheists love the book because it supports their no-God conclusion. However, I think it's a good book for everybody because it can open eyes to illogical premises in beliefs and it shows that people who don't believe in God can have perfectly fulfilling and moral lives. 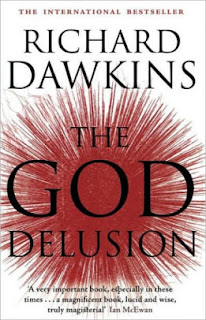 I do not identify myself as an atheist. I'm not a fan of that for myself because it would define myself with nothing, and to me, that is not good enough. If forced to say exactly what I am, I guess I would say "a humanist embracing spirituality."

That's why I'm not a fan of atheists who believe they are right and that's all there is to it. The history of religion and spirituality is convoluted and complicated. Yes, indeed, there have been numerous massacres in the name of God. I do understand the argument that worse things have happened to humanity because of organized religion than positive things.

Richard Dawkins is unapologetic and unsympathetic about his non-beliefs of God, but I'm not that way because I see how many people are in different places with their faith and education. I like to think I understand them, and it's not my job to change them.

On a personal level, I'm happy to have soaked in The God Delusion and got a lot out of it. But that was more than 10 years ago. I am wondering for self-proclaimed atheists who say religion is outdated, is it possible that defining one's self as an atheist too is outdated?

The irony of recommending The God Delusion is that I imagine many religious or spiritual people would dismiss is, or be too threatened by the book. I hope that I'm wrong and everyone can read this important book.