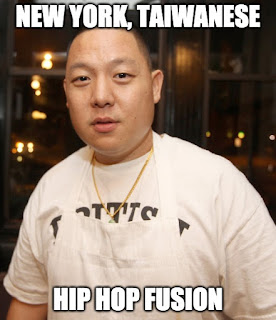 I've always known that diversity is a strength of the United States, and I feel sorry for folks who are stuck in one culture only. I've had the ability to live in New York and Los Angeles and travel to practically every state. As most know, there are a zillion offshoots of "American" culture, and I'm not so sure we recognize and respect that enough.

That brings me to Eddie Huang and Fresh Off the Boat (2013). First off, I love the figure and role model that Eddie Huang is.

A lot of images of Asian males in American pop culture consist of these quiet, meek guys. There are only a few Asian-American celebrities, and I love how Huang is unapologetically himself.

In Fresh Off the Boat, he goes in depth into his love of sneakers, the NBA and hiphop, and he is such an amalgamation of his family, experiences and pop culture that it's entertaining and fun to read. In a way, aren't we all amalgamations like that on some level?

I read Fresh Off the Boat right before it was adapted to be a TV show on ABC. For the first season, I watched it with my daughters, and we enjoyed it. Then, we all got phones, and we unofficially said goodbye to ever watching any sitcom. Now that I think about it, I think Fresh Off the Boat was the last network sitcom I watched since Seinfeld. 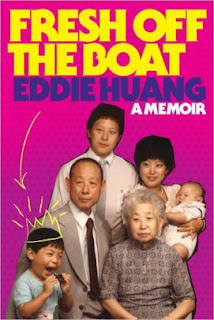 I can relate to a lot of Huang's ethnic experiences because my daughters are half-Taiwanese, and the school I teach at is predominantly Asian. Of course, as a white guy, I may not be the best source to talk race. But I do see a lot of explicit and implicit racism toward Asians and the perpetuating of the "model minority" myth.

What I appreciate about Huang's book is how it's not only an honest and realistic portrayal of assimilation, but it's freaking funny, too. I find it refreshing when we're simultaneously talking race and being entertained. Perhaps Huang has done much more for social progress than he gets credit.

Email ThisBlogThis!Share to TwitterShare to FacebookShare to Pinterest
Labels: 100 nonfiction books I recommend, Fresh Off the Boat by Eddie Huang, Joe Stevens writer