The power of awareness and compassion 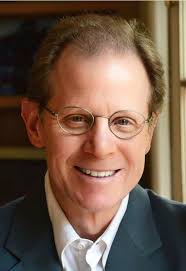 Editor's note: In the final category of 100 Nonfiction Books I Recommend, we have taken suggestions from friends and readers for books new to me. Friend and former colleague at the Long Beach Press-Telegram Don Jergler recommended Parenting from the Inside Out and The Whole-Brain Child by Daniel Siegel. I realized that Siegel had a newer book out called Aware (2018), and I read that one.

The epigraph to Aware could not be more fitting: "A mind that is stretched to a new idea never returns to its original dimension."
— Oliver Wendall Holmes

Aware has a zillion deep concepts in it, and it has two subheads: The Science and Practice of Presence and The Groundbreaking Meditation of Practice. There is A LOT in the book! The best way I can describe it as a scientific approach to mediation and the mind, and it clears up misconceptions of how the brain works. I found the book absolutely fascinating and highly recommend it.

However, I do not respond to the book's central premise, something called "The Wheel of Awareness." I do respond to most of the ideas within the wheel, but I just don't see awareness as fitting into this illustration. Maybe it's a mental block; I just don't buy the wheel.

I do subscribe to the three basic tenets connected to the wheel that have multiple health benefits, including immune function, cardiovascular factors and neural integration. Those three tenets are: focused attention, open awareness and kind intention.

By soaking in Aware, it helped me rotate my thought patterns out of a constant dialogue to more openness, calmness and just being in the moment. Granted, I'm a novice when it comes to meditation and these type of ideas, but I gained a lot from the book. 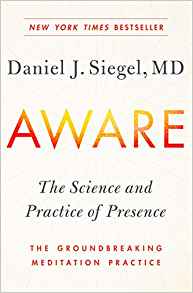 Why is it that we practice dental hygiene but not mental hygiene? My 12-year-old daughter calls this "mental maintenance" and says it's common sense. Maybe. But this Polack missed that lesson and is finally realizing it in his 40s.

If we have perceived enemies, which I don't really have, or difficult people or maybe politicians we don't like, I love the idea of putting positive thoughts toward them. When we have negativity toward them, it only really hurts ourself. Compassion and empathy likely have actual, physical health benefits as well as emotional and mental ones.

Scientists often stay away from examining the health benefits of love, but I know those benefits are there. Dan Siegel, AKA "Dance Eagle," touches upon that as well as explaining how we must embrace our emergent self, our ever changing self.

He writes about so many interesting things that it's hard to give his book justice in this write-up, but his idea that energy is the movement from possibility to actuality, or the the throwaway quote from a professor that "insight and understanding only move forward when we have the courage to be wrong" also struck me.

I must admit that some stuff in the book flew right over my head, and I felt that the last few chapters kind of did that. But I still walk away from Aware feeling a sense of clarity and with permission to shift my attention and focus and continue to be awed by the amazement of life and human beings.