It's easy to empower with $104 billion 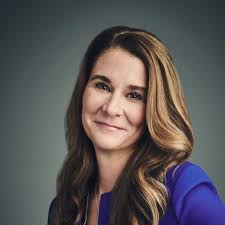 Editor's note: In the final category of 100 Nonfiction Books I Recommend, we have taken suggestions from friends and readers for books new to me. The Moment of Lift (2019) by Melinda Gates came from a former student of mine, Steven Chang.

I must admit that I hesitated to read The Moment of Lift by Melinda Gates because she and her husband, Bill, have an obscene net worth of $104 billion, according to Business Insider. Mathematically, the average American spending $1 is equivalent to Bill or Melinda spending $1.06 million.

So while it certainly is beneficial to have the Gates Foundation with a $50 billion endowment (the largest in the world), I do not believe the foundation addresses the real problem here —wealth distribution. For God's sake, the Gates family is second only to Amazon's Jeff Bezos with personal wealth and has the GDP of the 83rd biggest country in the world, edging Croatia, Panama and Lithuania. Wacky!

So I tried my best to leave my wealth-distribution knowledge in the background, and I will give credit to Melinda Gates for coming out with an important book with various salient issues brought to the forefront.

I can't complain, nor can anyone really, about the Gates Foundation's efforts to rectify sewage problems in Africa and India. But doesn't philanthropy lose something when it's broadcast by one's self? I guess the point of writing about this is to educate the reader on what is happening in parts of the world in which they are oblivious, so I say, "Uh, thanks, I guess."

What I respond to most in Gates' book is Chapter Five, "The Silent Inequality: Unpaid Work." Why is it that in many families, both parents work, but then the woman does the lion's share of the child rearing and house work? Why aren't there more conversations on this? 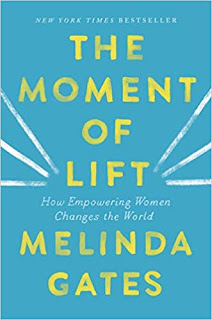 If we really want to change the world, doesn't it start in our own home? I love Melinda Gates' anecdote that she needed Bill to take their kid to school sometimes, and so he did. Then, other dads did that, too, because, well, they wanted to see Bill Gates.

If men are truly leaders, they must lead in the home with a fair division of labor. It is powerful when men embrace their nurturing side. I see house work as a manifestation of love, but I worry that men don't see it that way. And, then, the woman undoubtedly picks up the slack, and the home remains the root of inequality.

So that chapter was a home run. I also can relate to Melinda Gates' background as a Catholic. The book is readerly enough to be a page turner. But I must say that I just couldn't help it — thoughts of wealth distribution repeatedly crept into my mind throughout the read.

It would be nice if the Gates corporation did even more for the United States and lead the charge on systemic economic change. No one can debate that a lot of the information in The Moment of Lift is on the mark, but the fact remains that a net worth of $104 billion is obscene.

Let's hope the next Gates book is on wealth distribution, but I highly doubt that's going to happen.

Email ThisBlogThis!Share to TwitterShare to FacebookShare to Pinterest
Labels: 100 nonfiction books I recommend, Bill and Melinda Gates net worth, The Moment of Lift by Melinda Gates, wealth distribution