Activism can be pleasurable 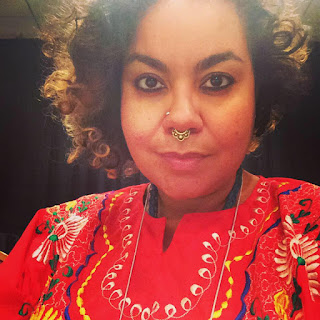 Editor's note: In the final category of 100 Nonfiction Books I Recommend, we have taken suggestions from friends and readers for books new to me. When I did a training on restorative justice, our facilitator recommended Emergent Strategy (2017) by Adrienne Maree Brown. I read that as well as Brown's Pleasure Activism (2019) and will be focusing on the later because it is newer.

Oh, man, I am embarrassed with how I arrived at that women's studies class at Ohio State. I figured, "Great! Women and film are two things I love. I'm in!"

Little did I anticipate, but when I showed up for the first class, there were only six males and about 40 females. At least, that's the math I did back then without an inkling of what gender identity even was. Three of the males dropped, so I was one of only three men in the class. It was not what I imagined. We did not watch Cinemax.

I learned a lot in the women's studies course 25 years ago about things that weren't even close to being on my radar. I remember exploring the male gaze, the white male perspective and stereotyping in various film genres. I busted my tail in the class, like I had something to prove, but maybe just me being there was an education in itself.

I certainly am not on the pulse of current gender or lesbian theory or where women's studies is in 2019, but I am open to it. So it was quite a pleasure to read Pleasure Activism by Adrienne Maree Brown.

Brown defines pleasure activism as asserting that "we all need and deserve pleasure and that our social structures must reflect this. In this moment, we must prioritize the pleasure of those most impacted by oppression." 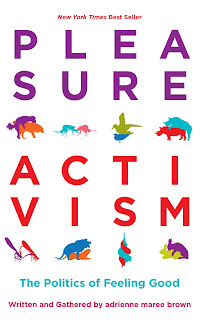 OK. That all makes sense to me. Sold!

This will sound stereotypical, and it is. BUT ... when I was in the women's studies class 25 years ago, I took a lot of seemingly random heat from angry lesbians. Yes, I am a white male, and maybe I would do the same thing if I were in their shoes. But at least I was in the class. I was seeking to understand.

Now, 25 years later, the climate has changed immensely and has progressed. The rage may have subsided. Gender differences and various orientations are more accepted in society. Maybe many are partaking in pleasure activism, whether they realize it or not.

My only critique with Pleasure Activism is that it has an "everything and the kitchen sink" feel. There are so many interviews, essays and even silly stuff that I wonder if it could have been edited a bit more.

I was absolutely positively blown away, and sickened actually, by the recounting of survivor Amita Swadhin and her experience. I could hardly muster reading the details of what she went through because it was one of the most raw and horrific things I've ever read. Including that in the book had enormous value to me.

But then a few pages later, we had a homage to Beyonce. I respect the Queen Bee, and I guess it could have served as a way to change the mood, but I was still reeling from Swadhin's story.

I commend Brown for her honesty, vulnerability and intimacy throughout the book, and I do see some things differently now. Some stuff that sticks with me is what consent actually means and how it works and how the binary approach to gender is outdated. There also was such a range of people interviewed and included that it was refreshing for me to see perspectives that I often don't see.