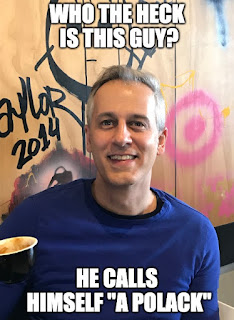 Uh, well, those are four of the 50 words or so that I know in Polish. Despite my sketchy lingual knowledge, I am 100 percent of Polish decent. All four of my grandparents spoke Polish, and they grew up in Slavic Village, the Polish part of Cleveland.

Then, their children didn't speak Polish, went to college, and we call them "Baby Boomers." I'm a Gen Xer, or what I call the Snooze Button Generation, and I am a writer in Los Angeles embarking on a project called 100 Nonfiction Books I Recommend that kicks off on Monday.

I'm doing this project because the nonfiction genre has blossomed in the past decade, and I read about 50 books per year. That does not count the 30 or so that I seriously consider reading but don't make the cut.

It's funny. Many friends and readers I run across tell me they don't like nonfiction, and that boggles my mind. I believe they have preconceived notions of what nonfiction is. They might think it's boring or historical or something of what it was back in the 1970s.

In the 21st century, nonfiction has exploded to become my favorite art form. Nonfiction books, more than any other medium, search hard for truth and for hard truths. Many other mediums look to entertain first or sell tickets first or have other agendas other than truth.

But here's the thing. Even while searching for this so-called "truth," they also can entertain, tantalize and thrill, and the 100 books that I will recommend in this project do that.

In the announcing of this project, I explained the 10 categories to be explored. They are:

1) Big time and deserving
2) Parenting
3) Personal growth
4) Comedy
5) Education
6) Social conscience
7) Hard to categorize
8) Sports
9) Leadership
10) Readers recommend. I will read recommendations during the project and come up with 10 favorites new to me. Feel free to contact me through a comment or email with your recommendations. 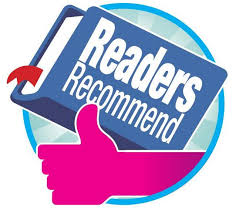 The categories themselves hint at my sensibilities. But there is more to it than that. For the most part, I want the books I read to help me in some way, to help me see the world in a new way, to explore ideas that need exploration. I don't often read to escape, but more to understand. I could see how the comedy and sports categories may appear escapist, but I like to think they're more than that.

The fact that I'm doing this 100 Nonfiction Books I Recommend project is a function of me being a writer. Reading is an integral part of writing, and these books have affected me. I have a draft finished of my first full-length book with the working title Advice to My Future Son-in-Law: Understanding Men and Relationships in the 21st Century and feel compelled to share about books I love. Let me take some time to explain how in the world I got to this point.

I have defined myself as a writer since high school, and I am now a 45-year-old sophisticated gentleman with 14 and 12-year-old daughters and a wife, who is my soulmate and best friend. I remain basically unknown, which is fine with me, although a few people I've met claim they know me from my journalism days.

In 1995, I graduated from Ohio State, wrote a couple stories in the Cleveland Plain Dealer and moved to New York City. I was 21 when I moved. The "logical" reason that got me there was to get a master's in creative writing. As soon as I got there, I met Kurt Vonnegut and was hired as a homework helper for his daughter. 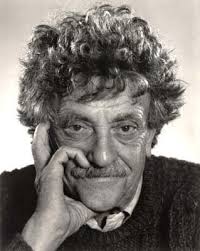 Something about being in a creative writing program did not work for me. I did not define myself as "an artist." I was a writer. I needed to slug out the craft and get in the trenches somewhere to develop my writing. A poem or short story a week? No, that wasn't enough.

So, I transferred to NYU's graduate journalism program. Right off the bat, I knew I had some ferocity inside of me and that I actually wanted to write. I discovered that Newsday was the only internship through NYU's graduate school where the students actually wrote stories. I did everything I could to get that internship and did.

My first assignment at Newsday: Cover the funeral of a deceased sophomore in high school who was shot in a case of mistaken identity. I sheepishly walked to the parents after the funeral and said, "I'm Joe Stevens from Newsday. I'm doing a story about Darian. Do you have a quote or comment for the paper?"

Verbatim. That is the first quote that I ever put in any news story I covered.

Quickly, I realized that I preferred soft news. I spent two years as a staff writer at Newsday and then got a position covering the minor-league Long Beach Ice Dogs for the Long Beach Press-Telegarm. 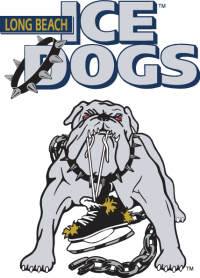 That was a pretty cool first beat because hockey players are hard-working, easy-to-deal with Canadians (OK, they're not all Canadian, but it feels that way). The year I moved to L.A. was 1998, and I enjoyed the ride. I was covering pro sports, doing some other killer stories like this one on Charles Bukowski, but quickly, it was obvious that the print news industry was shrinking.

My main beat at the Long Beach Press-Telegram became the Los Angeles Clippers, who I covered for seven seasons. One of my favorite parts of those seven seasons was writing a weekly NBA column, which I made feature-y and sometimes offbeat.

Here's one of those columns after a one-on-one sit-down with LeBron James during his fourth year with the Cavs. It turned out that later that season, the Cavs made it to the NBA Finals for the only time during his first seven seasons in Cleveland. What I find most interesting is his comments on not being a Cleveland sports fan, which evolved during his career.

I spent 10 years at the Press-Telegram, and that is way more than the guy who hired me predicted. He said, "I expect you to stay here two to three years and move on to something bigger." 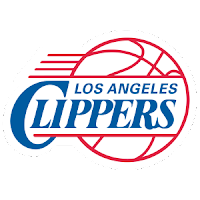 Eventually, I taught journalism part-time at USC and enjoyed that. I then moved to teaching high school shortly after my daughters arrived, mainly because it was the best profession I could think of for raising kids. I think I'm right. To me, education is all about growth as is parenting. I've taught for 11 years now as my daughters have thrived. I love this life. I read what I love and have managed my time well enough to be working on full-length books.

So the Snooze Button Generation came out in 2009, and I've been blogging ever since. It feels right to take this blog to the next level this summer with 100 Nonfiction Books I Recommend. I say to enjoy the ride of this blog. I know this Polack will.