Grazer makes a splash with curiosity 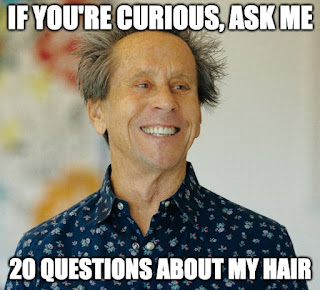 The final nonfiction recommendation in the category of "Big and Deserving" is a curious selection — to say the least.

It's A Curious Mind by Brian Grazer and Charles Fishman. Grazer is a famous Hollywood producer, best known for teaming with Ron Howard, and for producing A Beautiful Mind, Splash, Apollo 13 and other blockbusters.

The thesis to A Curious Mind (2015) is that it is curiosity that has helped Grazer grow, and that has been the secret to his success. He has engaged in countless "curiosity conversations" with a veritable who's who of power in the Hollywood scene and outside of it.

I typically won't be too picayune with flaws of the books on this list, but for this one, I want to make a disclaimer that 1) the book repeated its thesis so much that it became annoying, and 2) I believe there should be more to the thesis.

While I absolutely love the message on curiosity and that's a major reason why it is a quality book, it is Grazer's boldness and audacity that may impress me more than his curiosity. When he was a mere messenger starting out in the business, he would insist on having his curiosity conversations with extremely powerful Hollywood people. Guts! 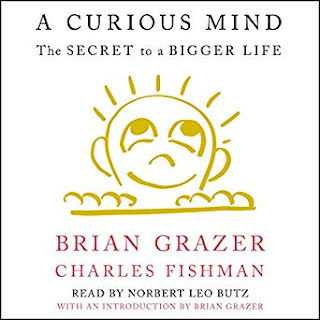 Grazer continues to have "curiosity conversations" with some of the world's most powerful figures, and because he is powerful in his own right, these figures indulge him. The conversations themselves are indeed curious and interesting, and because the moguls in the book are so significant, I found the lessons from the conversations worthwhile.

I have always known that the entertainment industry is one of the most difficult, dog-eat-dog industries in the world. As soon as I arrived in L.A., a friend said, "Remember. L.A. is a city of vacuous pursuits."

I couldn't agree more. For who I am, I'm not sure I could handle a career in the entertainment industry. I couldn't deal with the politics, the difficulties, the obstacles. And for what? To write a killer script, only to have it never sold or finally sold and reworked beyond my control.

So I had my own curious mind, when reading Grazer's "Curious Mind," and I realized that he defied major odds to become such a major producer and figure. He started by, boom, walking into big-time producer Lew Wasserman's office and picking his brain with how to be a producer. Wasserman called him out on being full of it, and Grazer figured out he'd have to come up with his own film — "Splash" — to break into the world of producing.

If anything, I like that Grazer's book isn't a narrative on his odds-beating success. Rather, it focuses on the secret to his success — curiosity.