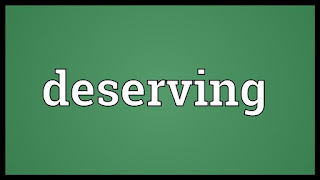 Category one is done for 100 Nonfiction Books I Recommend. It was "big time and deserving."

Here is a recap of the authors and books recommended:

These are some famous authors. I feel that Joan Didion and Stephen King may be on a whole other plane than the others in the literary world, but Outliers has been on the New York Times nonfiction list for 282 weeks now and is No. 5 in nonfiction paperback. That's five and half years and amazing.

Two unexpected takeaways from this project so far: It's getting far fewer page visits than my typical posts. By the way, there have been past posts that garnered A LOT of hits. Perhaps the subject matter lessens the audience, but so be it. I love doing this, and I shall keep with it.

Another thing I realize is that these writers are all white people, although Gladwell's mother is Jamaican. The white-heavy list raises an eyebrow with me, but at least I'm aware of this. Well, the next category "parenting" has much more diversity. Enjoy!

Email ThisBlogThis!Share to TwitterShare to FacebookShare to Pinterest
Labels: 100 nonfiction books I recommend, big time and deserving, nonfiction from 2000-2017