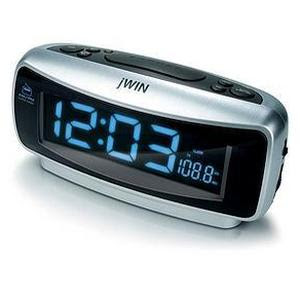 Many years ago, I coined a phrase called "The Snooze Button Generation" (TM) to describe my generation, or people born between 1965 and 1979.

Of course, the common term for this army of people is Generation X. However, I am partial to calling us The Snooze Button Generation because it embodies our apathy and how we have watched technology grow exponentially — and slightly bonkers — in our lifetime.

You see, the snooze button on alarm clocks did not become ubiquitously used until my generation. Heck, I remember when getting a VCR was a big deal. Those are gone now. I also remember when getting a cordless phone was a game-changer. Landlines are practically gone now, too. Somehow, we still have gas-guzzling automobiles. ... Cool!

I do not really remember having an alarm clock without a snooze button. Thus, waking up at a certain time for me has always been more of a suggestion. Today, I regularly employ one snooze, and sometimes two, before I rise on a work day. Does everybody still do this?

By the way, I don't remember much generation labeling since the "Generation X" talk of the early '90s. (UPDATE in 2019...) However, this generation talk has gotten much, much bigger in recent years. Millennials (born 1980-1994), who sometimes don epic beards and listen to Steely Dan, have made their mark on the world and typically love text messaging.

Generation Z (born 1995-2010), who psychologist/author Jean Twenge calls "iGen," have lived their whole lives with iPads and smart phones close by. I actually prefer iGen to Generation Z as I prefer The Snooze Button Generation to Gen X. But, eh, what's in a name?