Living off the grid

I claim to care a lot about education and the environment. But unless action is taken, I believe those so-called claims are unfounded.

That is why I am teaching high school in Lynwood - to put into action my claim that education matters. I am not sure if I am truly "making a difference," but at least I'm trying.

I also believe the environment is important, but beyond recycling, using less shopping bags and proper battery disposal, I hardly am making much of a difference... That was until this past Sunday, when I made a commitment to "live off the grid."

First of all, "living off the grid" is extremely difficult, near to impossible, in Long Beach, Calif. We take for granted electricity, running water, indoor plumbing and even the Internet. So I applaud anyone who can consistently eschew that stuff for lanterns, well water, outhouses and the game of slap jack.

To give "living off the grid" panache, several celebrities, including Daryl Hannah who is best known for playing a mermaid in "Splash," actually are living that way. They should be lauded.

Anyway, I must confess that I fell into "living off the grid" by more of an accident than choice. I accidentally left my cell phone in my car's glove compartment, briefly forgot where it was, then was too lazy to retrieve it until a whopping six hours later. Luckily, I had just one missed call - from my mom.

So what did I learn from having my cell phone in the glove box for six hours and, thus, living off the grid? Well, I learned it's hard to be environmentally conscientious nowadays. After a while, I really wanted that cell phone back and, thank God, got it.

I also learned that we, as individuals, can make a difference. A cynic might say that six hours without a cell phone is no cause for celebration. But I don't see it that way. I look at it as a start and a reassurance that we can accomplish anything if we just put our mind to it. 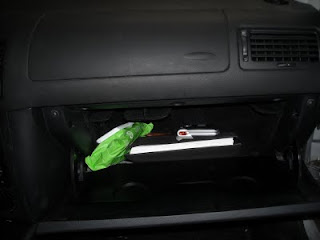 Email ThisBlogThis!Share to TwitterShare to FacebookShare to Pinterest
Labels: environmentally sound, off the grid, one missed call