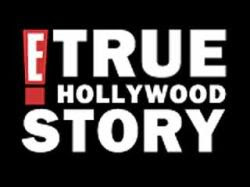 Many of us have parts of our past that we want to keep concealed. Maybe we're embarrassed by what happened, or we just want to forget a certain episode of our lives. For me, that certainly is the case, when I was in a two-man band that lived like an episode of an "E! True Hollywood Story."

When I first moved to L.A., I got in a two-man band in which we both played electric guitars. We had a drum machine and really rocked out. One thing I learned about myself was that I'm more of an entertainer than a musician. I thrived with introducing songs, and typically, I'd introduce a song for about two minutes, then the song itself would only be about 15 seconds (strangely, that timing mimicked my sex life in my early 20s).

We were uncertain of our band name, but I assumed it was Pope Urban 20,000. (I had already been in bands called Pope Urban II and Pope Urban 2000.) So, I eventually discovered that my band-mate was more interested in having drinks, watching TV and even walking his dog than creating our unique blend of rock, and so our band spiraled out of control, like a True Hollywood Story.

As for our sound, we had the same reaction after every song. We would nod our heads and say, "That was excellent, man!"

Then, one of us would say, "It was great. ... But, again, it sounded too much like the theme to Miami Vice."

At the time, I could not figure out at all why every song sounded like the theme to Miami Vice, no matter how hard we tried to escape it. It was only years later that I realized the drum machine gave us that sound. Though both of us are Caucasian, it's safe to say we were the Crockett and Tubbs of rock. 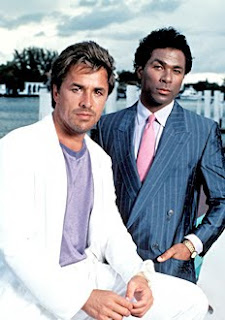