During my cousin Steve’s 17-day stay in California, a lot of difficult situations have arisen. Now, some people might say a 17-day visit is too long, but I don’t think so. We’re officially “cousins,” but we’re more like brothers. So I welcomed his stay.

An awkward moment came up when Steve insisted on drinking “the cheapest caffeinated coffee possible because they’re all the same.” I, however, prefer more gourmet coffee, such as Seattle’s Best, Tully’s and Starbucks.

We overheard this conversation when he brought home a two-pound canister of Maxwell House. 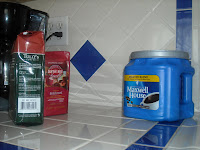 Seattle’s Best: I would say he’s fat. Why does he have to be so big?

Tully’s: (whispering to Seattle’s Best) Can you believe this guy? Look at his wrapper. I bet a machine put that on him in some factory.

Seattle’s Best: (whispering to Tully’s) Look what the wrapper says. Master Blend? That is so ghetto.

Maxwell House: Come on, guys. Give me a chance. I’m good to the last drop. If you put me in a coffee maker, don’t I brew?

Tully’s: Yeah, I’m cool with large coffee canisters. We don’t mean to judge you. We don’t even know you.

The three coffees then engaged in a group hug. 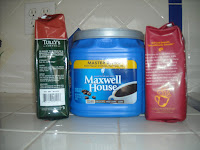