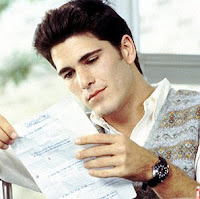 As a lad, and for many years after my youth, I made a horrible mistake. I assumed Matt Dillon played Jake in "Sixteen Candles."

Au contraire mon frere, Jake was played by the relatively obscure Michael Schoeffling, whose acting career ended in 1991. Jake embodied coolness and manliness, though his character was only in high school. Not only did Jake woo Molly Ringwald, but he also served as a mentor of sorts to socially awkward Anthony Michael Hall. He was romantic, yet pragmatic.

In order to be in the Brat Pack, the youthful '80s actor had to be in either "The Breakfast Club" or "St. Elmo's Fire." That means Ringwald, Hall, Ally Sheedy, Emilio Estevez, Judd Nelson, Demi Moore, Rob Lowe and Andrew McCarthy made that prestigious club. No Jake. Other than "Sixteen Candles," the only other notable roles for Schoeffling came in "Vision Quest" and "Mermaids." 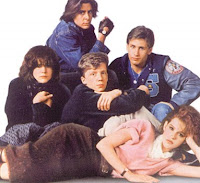 Maybe Schoeffling wasn't the greatest actor ever, but he has to be as talented as Keanu Reeves. Apparently, Jake now lives in Newfoundland, Pa., with his wife and two teenage children. Information about him is difficult to find, except for this press release from "Sixteen Candles."

"Sixteen Candles" remains a favorite film of the Snooze Button Generation, even though many are embarrassed by the depiction of Long Duck Dong. The end scene in which Jake meets Molly Ringwald and the Thompson Twins' "If You Were Here" plays remains pretty darn cool.