Who's playing Time Out for Trivia? 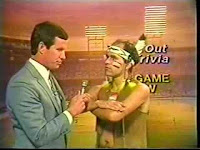 The problem with sports is sports culture. I don't mind watching an NFL game every so often, or following the lies Tiger Woods says about his domestic woes, but I can't stand sports culture and sports bars.

Good God, man. I guess I shouldn't be so judgmental, but a lot of dudes at sports bars seem lacking in sophistication and verbal skills. I feel the same way about most sports talk radio and sports TV, so I stay away from that stuff.

Back in the mid-80s, though, one sports show stood above them all in terms of sophistication, artistry and humor: "Time Out for Trivia."

"Time Out for Trivia" aired on the obscure SCORE network, which was around for a mere six years. Strangely, it was a subsidiary of the almost as obscure Financial News Network. Hosted by Todd Donoho, a Southern California sportscaster who I've met, the show blended humor, sports trivia and lame giveaways. In fact, one of its popular prizes was the miniature Dirt Devil vacuum cleaner, which was easy to use and did the job of the big boys. 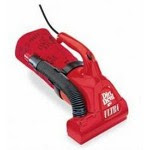 So often, television is about economics. Shows are put together with the audience thought about first, and artistry second. In the end, those shows stink.

"Time Out for Trivia" was similar to art for art's sake, and that's how I prefer game shows. Too frequently, the prizes are the focus of game shows. The quiz master's performance is more important than those pesky prizes, and Donoho was superb. Strangely, when I met him and told him this, he thought I was being insincere and making fun of it. But I was serious.