Neck cuts and genocide: A coincidence? 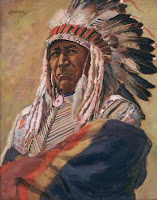 I am not saying I totally know what Native Americans went through during their genocide. But when my seldom used electric razor broke the day before Thanksgiving, I felt neck pain and endured several cuts. So let's just say I may be a little more empathetic toward the Native Americans' plight than just the average person.

Although I am far from my extended family in Cleveland and could not travel there this year, I thought about past Thanksgivings, when every so often someone would bring up Christopher Columbus' campaign to murder the natives. I believe historians disagree on exactly how big of a role Columbus had with the killings and how many Native Americans were murdered.

Nevertheless, the genocide of Native Americans is a conversation that can pop up at the Thanksgiving dinner table as diners' guilt of gluttony transforms into guilt of being American.

I believe celebrators of Thanksgiving and Columbus Day need to be sensitive to the Native American genocide. These holidays certainly are not meant to be times to revel in, or forget, what tragically happened to Native Americans. It is important to not dismiss what happened, and if I think of this because I was cut by an electric razor, that may show compassion — or just plain stupidity.

But wait a minute! I thought it was impossible to cut oneself with an electric razor. ... Guess again. 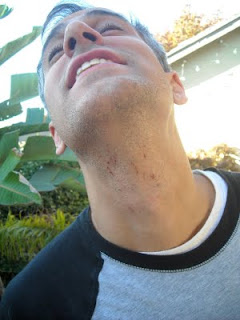