Baron Davis: A striking resemblance to a Madball 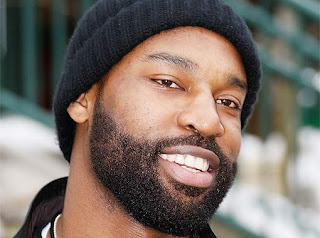 A lot of people ask me what I learned, covering the NBA and L.A. Clippers for seven seasons. Perhaps those people are expecting a grand statement or a mega-truth of life, but rather, I simply learned a bunch of small truths.

One of those truths is that if you stare at Clippers guard Baron Davis long enough, you will discover he looks like a Madball. 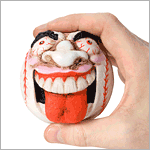 Obviously, Baron's bodacious beard makes me envision him as a Madball. I actually never covered him as a Clipper, but I wrote about him a bunch because he's an L.A. guy and I worked for an L.A. newspaper chain owned by a businessman named Dean Singleton.

Some people ooze negativity toward me when they learn I wrote about the Clippers because the franchise is one of the most losing in all of professional sports. Coming from Cleveland, I have been conditioned to losing in pro sports. Covering so many losses, and having a template in my mind for "the worst lost ever" story, was second nature to me.

Anyway, I still keep in touch with some folks from the Clipper organization and hope to do that until the team wins an NBA title.