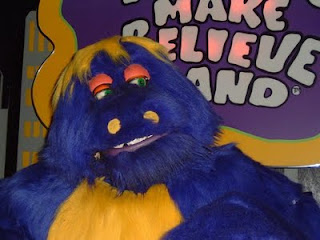 A lot of cliches swirl around pictures and their importance. The phrase "a picture is worth a thousand words" must have some truth. I bet I've heard that more than a thousand times, so I guess it's got to be true.

Sometimes, though, pictures lie. And that may be the case with a previous post on the Snooze Button Generation titled "Chuck E. Cheese may be using again."

I received an e-mail from one of Chuck E. Cheese's friends and former co-workers named Mr. Munch. He contends the picture that ran of Mr. Cheese was actually an impostor snorting cocaine. Though Munch initially was livid in his first e-mail to me, he eventually understood where I was coming from with my post and why I ran the photo of Mr. Cheese sniffing weasel dust.

Still, because of Mr. Munch's urging, I have agreed to explain why the Snooze Button Generation used the photo:

I have never witnessed Chuck E. Cheese doing cocaine, nor do I know for certain he has. I did run across a photo of him that appeared to show him snorting the drug. It is not the Snooze Button Generation's purpose to soil Chuck E. Cheese's reputation, hurt him or his loved ones.

Apparently, Munch lives in nearby Riverside, and he is active in its music scene. Presumably, he still rocks. But here is a video of him and his comrades, the Pizza Time Players, when they were younger: