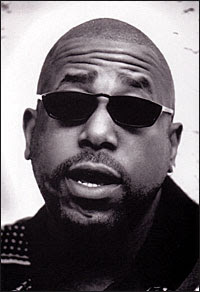 I am not sure truth can be found in pop music. Cliches bombard the lyrics, and I repeatedly hear a lot of the same themes.

But, ahoy, wait a minute! If I keep hearing the same themes, doesn't that at least mean those themes exist?

Well, I guess so. But I am skeptical because I have never experienced many things pop songs tell me. Maybe that's a good thing because sometimes the themes aren't desirable, and so I thank God for Tone Loc.

Following an in-depth study by the Snooze Button Generation, it has been discovered that 100 percent of Tone Loc's songs are about love gone awry. In particular, the theme of discovering "the chick was a man" permeates Tone's tunes.

In the song "Funky Cold Medina," Tone sings, "When she got undressed, it was a big old mess. Sheena was a man. So I threw him out. I don't fool around with no Oscar Meyer wiener." 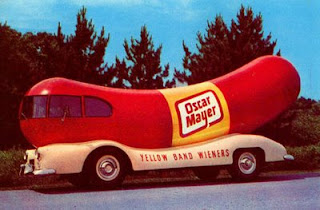 That is curious to me because there are no instances in my life when I undressed with a friend and realized his/her sex was different than I expected. Something similar happened in the 1992 film "The Crying Game," and, well, if there are instances of that in pop culture, I guess it must happened a lot.

In Tone's other really popular song, "Wild Thing," he also goes through love expectations gone awry when he sings, "We was all alone, and she said 'Tone, let me tell you one thing. I need $50 to make you holler. I get paid to do the wild thing.'"

Again, I have never experienced such a thing - being alone with a friend, only to have that friend inform me she is a prostitute. However, I did once experience the following exchange at the Voodoo Lounge at the Rio in Las Vegas.
Snooze Button Generation (after several cocktails): Dude, what is up with that chick at the bar?
Friend: That's a working girl, my man.
SBG: Oh, yeah. Yuk. Way too much makeup, and, jeez, that dress is trashy.